Anybody that has visited Hong Kong would have taken a trip on Star Ferries, or at least seen them. These iconic ferries have been operating between Kowloon and Hong Kong Island for 120 years and have changed little over the last 60 years:

Famous mode of transport across Victoria Harbour sails on in the face of changing times, buoyed by its rich history and place among city’s collective memory


I made my first trip across on a Star Ferry in 1960 and the last trip (so far) during a family x-mas holiday in HK and Shenzhen in 2010/11 and many times in between.
It was my daily commute when working in HK in 1972. (Living on Kowloon side and working in Central, HK Island)

Although not popular with certain parties here, I venture to show some pictures of Star ferries taken during the 2010/11 x-mas visit in HK:

The seat backs are turnable so you can always face in the direction of travel:

A colourful Star ferry meets a traditional one:

Sorry c.captain!!
(But if you are offended, why did you look??)

I remember riding the Star Ferries many times back in the late 70s.

I first became aware of the Star Ferry while watching “The World of Suzie Wong” with William Holden and Nancy Kwan. I first rode the ferry in the early 70’s. Later on for nearly 20 years I was on a run that included Hong Kong. While I usually stayed over in Kowloon I would sometimes ride the ferry and let the sights and sounds take me back to my youth.

So there MAY be a small Star Ferry fan club here after all?
Nice to know that I’m not the only one with fond memories of Star Ferry and Hong Kong of the 1960’s to1990’s. (And some bad, but that is a different story)

Maybe some also remember flying in and out of Kai Tak?:

Crosswind landings on Kai Tak is stuff for the aviation history book:


(Maybe my Brother-in-Law, who has been Pilot for Cathay Pacific for may years?)

In 1998 I was on flights into and out of Kai Tak on my way to somewhere in China.on one of the last days of operation at Kai Tak. (Maybe on the SQ 860 flight that is featured from 5:03 to end)

My return flight a few days later was from Chek Lap Kok Airport, which opened without a hitch.

I have visited Hong Kong many times, but never by air.

I wonder if the star ferrys still have the same direct reverser engine?

I believe they are diesel electrics.

Here isc the answer to your questions:

Sorry I posted the wrong link. Here is the one I intended to post:

In a local first, clean modern generators would replace old motors to power the iconic vessels 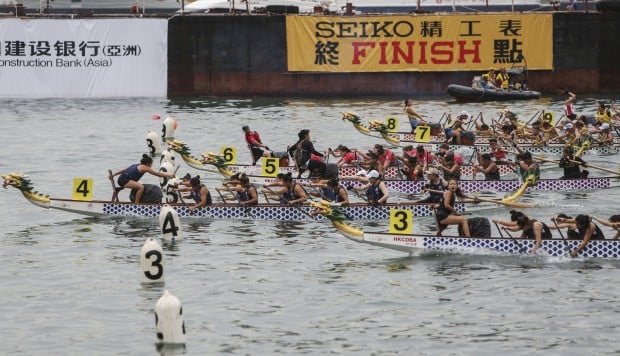 Thousands from around the world gather to compete in city’s iconic Victoria Harbour, as food trucks and man-made beach entice spectators on sidelines

It's been 20 years since Hong Kong's Kai Tak airport closed. Pilot and photographer Daryl Chapman remembers the glory days and shares a few of the scariest moments.

More ferry services to be offer in Hong Kong, but the idea of an actual “water taxi” service has been deemed unworkable:
​​​​​​​https://www.scmp.com/news/hong-kong/hong-kong-economy/article/2161570/victoria-harbour-circular-ferry-service-ready