In another thread we have been discussing the habit of using peculiar phrases in communication between boats.The phrase; “see you on 1 whistle” was mention, which is something that does not tell a foreigner anything.

I’m involved with a local Maritime School. My God Daughter, who are teaching Maritime English at that school, is preparing a text book in the subject It could be interesting to add a chapter of words and phrases not commonly found in other text books.

Many of the students will probably be serving on ships in US waters from time to time.and come across words and phrases (not just from USA) that they have never heard before. It could help to prepare them for the big world out there that they are entering.

I remember when I joined the Marine Offshore Industry back in 1974, how it was stepping onto Drilling rigs, Construction Barges and OSVs and meeting a world full of words, terms and phrases I had never heard before. That the people spoke in accents I was not used to didn’t help either.
(Not to mention weight in Kips, volume in Bbls and US Gal. and distances in Feet etc.)

So my question is; have you got any other peculiar or particularly American phrases used in communication between ships that may be brought to their attention??

There are a few I can probably come up with but the biggest one that comes to mind with OSV’s in port or on DP at other vessels is:

Top-around - turn to a reciprocal heading.
“I’m gonna top around here before I come alongside.”

The best phrase I ever heard was a ship telling the wachstander on the pilot boat please speak English not American. Sometimes there is a lot to this statement. That’s why I always reply to one whistle as port to port as the inland rule are different then international.

Top-around - turn to a reciprocal heading.

That’s actually a term from river tugs that made its way onto OSVs.

The phrase; “see you on 1 whistle” was mention, which is something that does not tell a foreigner anything.

The foreigner, when operating on inland US waters, needs to know US inland rules. Once they know inland rules then they will understand that phrase without any problems.

I don’t think you can expect ever foreign mariner that call at a US port, or make an innocent passage along a US cost have to learn US inland rules, nor that American mariners calling at foreign port do so wherever they may be.

Since we cannot expect ALL US mariners to change their habits when they are outside the rivers, or when working on OSVs in the GoM, or even overseas, it is safe to say “the twain shall meet”.

I don’t expect ALL will use only international terms per SMCP, so it would be good to prepare at least SOME of the foreign mariners for the “cultural shock” of meeting a very different terminology to what they are used to.

That is the purpose of my starting this thread and I appreciate the reply from jbtam99, which is helpful.

That’s why there are pilots. To know the local rules and talk in the local lingo. That’s okay if what’s referred to as “local knowledge”. Legally, foreign ships are required to follow inland rules on inland waters. They just normally leave that up to the pilots, just like they leave talking to local traffic up to the pilots.

I expect that Americans talking to foreign ships outside of US inland waters about “one whistle” is much rarer of an occurrence than you make it out to be.

Since many of the students at the local Maritime School is likely to work on CSVs in the GoM from time to time, it would be helpful for them to get a heads up on what they may hear on the VHF when entering Port Fourchon, or wherever. It doesn’t matter if it is REQUIRED, or just “nice to know”.

I would appreciate any help here, since it appears that there may be a lot of such terms and phrases that even other Americans are not familiar with.

This is what is meant by “one whistle” or “two whistles”.

a) When power-driven vessels are in sight of one another and meeting or crossing at a distance within half a mile of each other, each vessel underway, when maneuvering as authorized or required by these Rules: (i) shall indicate that maneuver by the following signals on her whistle: one short blast to mean “I intend to leave you on my port side”; two short blasts to mean “I intend to leave you on my starboard side”; and three short blasts to mean “I am operating astern propulsion”. (ii) upon hearing the one or two blast signal of the other shall, if in agreement, sound the same whistle signal and take the steps necessary to effect a safe passing. If, however, from any cause, the vessel doubts the safety of the proposed maneuver, she shall sound the danger signal specified in paragraph (d) of this Rule and each vessel shall take appropriate precautionary action until a safe passing agreement is made.

Yes the rules have been referred to in another thread.
That is NOT what this thread is about, but about terms and phrases used by US mariners that is strange to foreigner.
I’m looking to compile some such (not only American) that may help Norwegian Maritime students to understand what is meant if they should come across them in their future work around the world.

PS> I already have quite a few used in S.E.Asia that is specific to that region.

He’s asking for terms like “hook it up” or “pull them back” that may not be clear to non Americans.

Since many of the students at the local Maritime School is likely to work on CSVs in the GoM from time to time,

You can’t help yourself can you?

He’s asking for terms like “hook it up” or “pull them back” that may not be clear to non Americans.

I was giving him the precise meaning of “one whistle” and “two whistles”. Since he’s never seemed to grasp the concept I haven’t dropped the subject.

I have grasped the concept. You can drop the subject now. 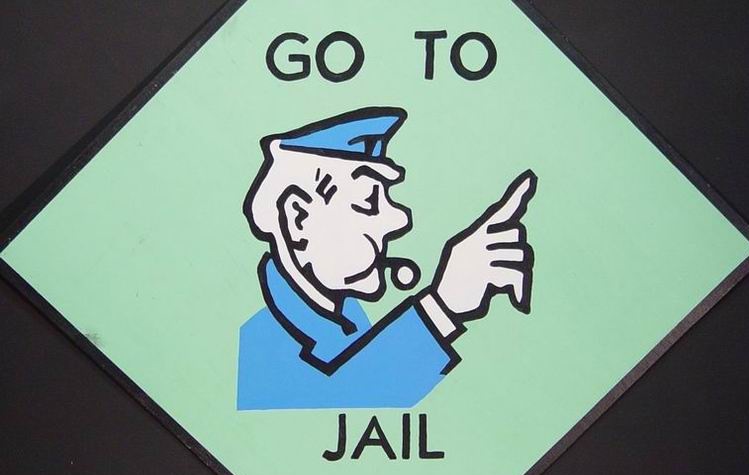 The Chinese master of the has been named a suspect in the massive oil spill off the coast of Balikpapan in Indonesia’s East Kalimantan. The captain and 21 members of the crew of the Panamanian ship have been detained in Balikpapan and are suspected...