Totally understand. It’s more common than people think. Not just in the GOM either. And not just fly by night, Third World FOC ships, either. My experience is smaller European owned/operated ships with Euro officers and asian crews, usually 15 crew (or less?).

Operational risk is one thing. Doing this while we all pretend it’s okay, while knowing it really isn’t, is something else entirely.

Personally, I don’t think anyone “needs” THAT job that badly. Maybe I’m wrong. But that mindset is exactly what shipowners depend upon to keep doing what they make us want to do.

Even after a galley fire … wow.

The sooner ALL mariners stop accepting jobs that are demanding they put themselves in a risky situation (professionally or health wise), the better the job environment will be. Owners do what they can get away with … thats the history of our industry as far back as we can see.

Before I would climb that ladder (I actually would not), I would tell the officer to climb down onto my boat.

Realistically, I’d tell them to go offshore and drift. Your agent will contact you when you can come in with a new ladder delivered and rigged in a few days.

Always have the mate on watch go and stand by the ladder. The cadet makes coffee and takes positions and I bring the ship to a Lee for the pilot boat. Bosun stand by the ladder too. It is a well oiled machine when done properly and I have a starship of a vessel to get it done 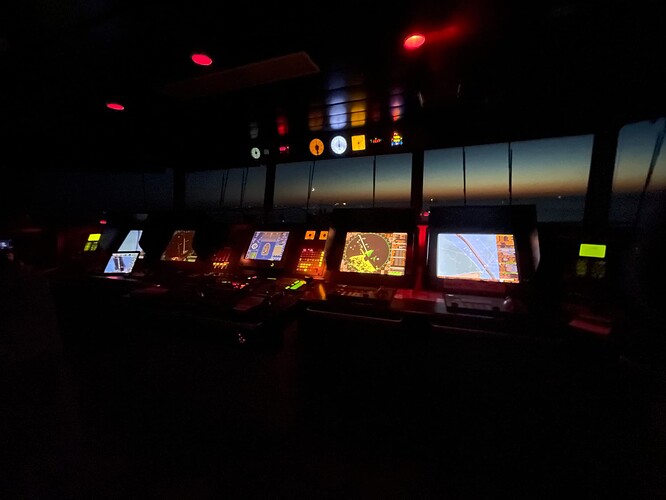 I sure hope that ship (with the ladder) isn’t navy gray.

I always sent a mate to meet the pilot. My point is I don’t think the argument “what if something goes wrong” is very good one.

That’s not the argument and, as an experienced master, you know that. It is about safety and whom you should have standing by the ladder to assist the master coordinate ships action should something go awry. I’m sorry, the cadet wholly inappropriate person to fulfill this function.

99.99 time out a hundred the boarding process is uneventful. However taking that for granted is imprudent, negligent, and simply incompetent seamanship.

In the example of a ship picking up a pilot say three option exist.

Or you could stay offshore until all relevant personnel are rested then take arrival.

In my experience the situation of officers exceeding their hours doesn’t arise on coming from deep sea but is more likely to occur in some place like Tokyo Bay or Europe and there is no possibility of cruising around in ever decreasing circles. If one did indulge in an off piste voyage I’m sure that one could always use ones expensive education as a cab driver or postman.

Your hope, unfortunately, should be broken.

IIRC, that was a USN ship calling at Long Beach. Photo was taken by the pilot boat and the pilot did not board until after the ladder was replaced.

I sure hope that ship (with the ladder) isn’t navy gray. 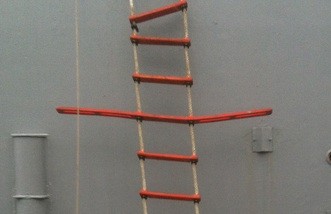 US Navy Discovers Knot Tying is Still Important, Especially When it Comes to...

Ship pilots, in case you’re not familiar, are required on board commercial ships as they enter port.  These individuals are generally master mariners with a detailed understanding of the currents...

If I had concerns with the safety of the pilot boarding operation I wouldn’t send either an inexperienced third mate or a cadet. I’d make sure the bos’n and chief mate attended.

A while back, there was a ships agent that posted on here describing his job. It was not enviable by any means. Son was also a ships agent for Host for a brief amount of time. The job required him to board ships at the anchorage. I asked him, what was the worst ships you boarded. The answer,The Chinese colliers, the rigging and ladder/boarding platform was outright dangerous. It surprised me. One winter morning he got a call about 3 am from an excited ships captain they had lost a man overboard while handling the boarding apparatus. They found him about 80 miles south of Chesapeake Bay in Outer Banks about a month or two later. Don’t know who was running the show topside.

I sent very salty, experienced fellows I trusted to help the pilots onboard. Regardless of their stripes or position on the vessel… Never had any incidents over many years. As some posters here can relate, you may get sued no matter who you send out.

There should always be concern during a boarding operation. Accidents don’t just happen in poor conditions they happen in good weather too.

I didn’t see in here anywhere about having a trustworthy Bosun mate / Lead AB as we called them on the tugs. We could always count on our Lead AB who took his job seriously and felt the same responsibilities as the Mate to put out a good ladder and use proper protocol when welcoming the pilot onboard.

With reduced manning, on many ships the Bosun is the “lead AB” and is also a watchstander. In some cases, the bosun is whatever AB was willing to be the Bosun. On the tankers I worked, we normally rotated the ABs to different watches each month, but had to make the Bosun a permanent 4X8 in order to get anyone to be the Bosun.

You do what you have to do to make it work with reduced crew. I certainly get it. Started many years ago with 12-13 crew. Last voyage was 8. Those 8 I had left were super sharp crew. Although union, hand picked. No pilot was ever in danger during transition based on who met them while boarding or disembarking.

Then there is everybody else … unfortunately.

Or you could stay offshore until all relevant personnel are rested then take arrival.

Arrivals unfortunately are not the problem with regards to rest hours. Departures are where the damage is done. But I definitely agree with the sentiment. The pace of the industry has exceeded the manpower the ships are packing. I’m not saying we need to go back 60 years to 40 man crews but either we get more time on the dock or you put more bodies onboard to spread the rest periods around better,

I’m a veteran of many a battle with the charterer wrt work-rest / schedule. “Just stay offshore” is not at all how it works as you know.