One of the coolest websites ever! 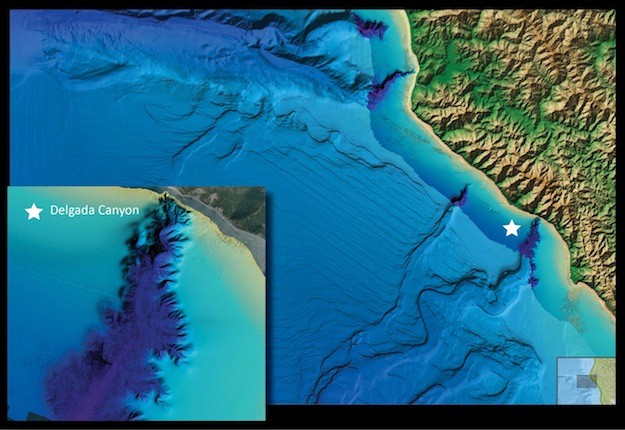 NOAA this week has released a new viewing tool that allows easier access to sea floor maps and other data on the world’s coasts, continental shelves and and deep ocean.
The new online viewer compiles sea floor data from the near shore to the deep blue, including the latest high-resolution bathymetric (i.e. the underwater equivalent to hypsometry or topography) data collected by NOAA’s Office of Coast Survey primarily to support nautical charting.

McLean’s division is part of NOAA’s National Geophysical Data Center, responsible for compiling, archiving and distributing Earth system data, including Earth observations from space, marine geology information and international natural hazard data and imagery. NGDC’s sea floor data have long been free and open to the public in original science formatting, but that often required the use of specialized software to convert the data into maps and other products.

“For serious scientists, the new viewer allows an important preview capability that will help speed data access and analysis. But its real power is exposing a new audience to NOAA data,” said LCDR Dan Price, bathymetric program manager at NGDC. “I showed the new viewer to my neighbors and they were blown away by the detail and features revealed.”
The new interface uses a “color-shaded relief” technique to depict bathymetric data and derived maps and models. For example, a user can zoom into Delgada Canyon, one of a series of deep canyons off the northern California coast between Fort Bragg and Eureka. The sea floor descends steeply from shallow yellows into dark blues and purples.
“These are critical data for modeling coastal flooding, from tsunami to hurricane storm surge,” said Kelly Carignan, a digital elevation modeler at NGDC.

Check it out. The volume of bathymetric data in it is awesome.