Nothing like some happy news to start a new day!

This Op/Ed from Tony Munoz at Maritime Executive. One of the wisest and most prophetic voices in our industry today.

Does the recently passed Transportation Reform Bill signal the beginning of the end?

By Tony Munoz, Publisher & Editor-in-Chief of The Maritime Executive and MarEx Newsletter

The U.S. Merchant Marine became a victim of backroom politics as the House approved the Transportation Reform Bill on June 29, 2012. Behind closed doors, the committee conference report for H.R. 4348 continued the government’s dismantling of the U.S. deepwater fleet by slashing its participation in the foreign food aid program from 75% to 50%, which put a lot of American-licensed mariners and their companies out of work. The Senate quickly added its approval and President Obama signed the legislation last Friday.

Earlier this year the Obama Administration increased the 2013 DOT budget by $1.4 billion to $98.5 billion and provided the department with an additional 34% ($492 billion) over the next six years (2013-2018) to rebuild the infrastructure for planes, trucks and rail. Meanwhile, the administration didn’t even acknowledge the maritime sector’s ability to transport cargoes on the renewable coastwise and inland waterway systems – America’s Marine Highway – and it funded the Maritime Administration’s 2013 budget with a pathetic $433 million.

While the Transportation Reform Bill was going to be an ‘up or down’ vote, congressional caucus members slipped behind closed doors and reduced the amount of food aid transported by U.S. flag operators, which will impact the industry significantly. They also inserted a measure retaining the interest rate of 3.4% on all new student loans and reauthorized the National Flood Insurance Program through 2017. Since the Obama Administration took office and Republicans have been in charge of the House Transportation & Infrastructure Committee, the maritime industry has gotten less funding and actually gone backwards in funding while being methodically dismantled. And it is not unrealistic that this administration, given the current mentality on Capitol Hill, could even repeal the Jones Act, or at least major parts of it, behind closed doors.

The Obama Administration and Congress publically support the U.S. Merchant Marine and the Jones Act, but their policies and budgets tell a much different story. While the administration will lavish DOT with about $900 billion over the next five years, U.S. maritime won’t get a dime and has been totally left out of the national recovery plan. As a matter of fact, since the Obama Administration has been in office, maritime programs have been cut by $107 million, and another $5 million was taken out of MARAD’s 2013 budget.

Today there is not a single piece of legislation in the Senate or House supporting the U.S. Merchant Marine, American shipyards, shipowners or mariners. Furthermore, congressional friends of the maritime industry simply turned a blind eye to the bad news delivered by the Transportation Reform Bill, which will take more money away from the industry and potentially put another 6,000 American workers out of work. USAID has spent well over $2 billion in food aid over the last decade, and this year’s budget is $450 million.

A 2006 Cornell University study on the transport of U.S. food aid, which was updated in 2010, reports that USAID and USDA U.S. flag compliance costs taxpayers $140 million due to a 46% markup over competitive freight rates. While all of the vessels transporting food aid are U.S. flagged, more than 40% of the ships are owned by American subsidiaries of foreign companies. In fact, the study said that tracing ownership of U.S. deepwater ships is difficult and often inconclusive as many are operated by holding companies that are privately held and do not report sufficient data to establish ownership.

The report concluded that “Since these are limited liability companies incorporated in the U.S., the business risks remains in the U.S., including with U.S. mariners, while the profits move offshore to the corporate parent. The companies then reinvested in the corporate parent’s entire fleet, which competes directly with U.S. flag vessels.” The report used A.P. Moller as its main example since it owns at least 21 of 144 vessels in the U.S. fleet cargo preference trade through its subsidiaries Maersk Lines, Maersk Sealand, Farrell Lines, P&O Nedlloyd and Chesapeake Bay.

These are some of the worst of times in this nation’s history. At the same time that enormous projects are being undertaken to rebuild the highway and rail infrastructure, U.S. cargo preference laws and the Jones Act are under attack and could be fast-tracked out of existence. The GAO is currently reviewing the impact of U.S. cabotage laws on Puerto Rico, which could have a domino effect for Alaska, Hawaii and Guam. Meanwhile, the EX-IM Bank and other government agencies have also voiced strong opinions against cargo preference laws. With no political will or leadership, the maritime sector’s heritage and future are in question. With no maritime policies or funding by the administration through 2018 and the same for the fast-tracked transportation reform bill through 2022, the industry may very well be crossing over the bar. Hey buddy, can you spare a dime?

Thank you Tony…I’m just sorry that you have to be the messenger of all of this for us.

I guess no one in the government has read Alfred Mahan.

AAARRRRRHHH!!! is oh so painfully true. I’ve used this photo before but it certainly is appropriate to repeat using it again here… 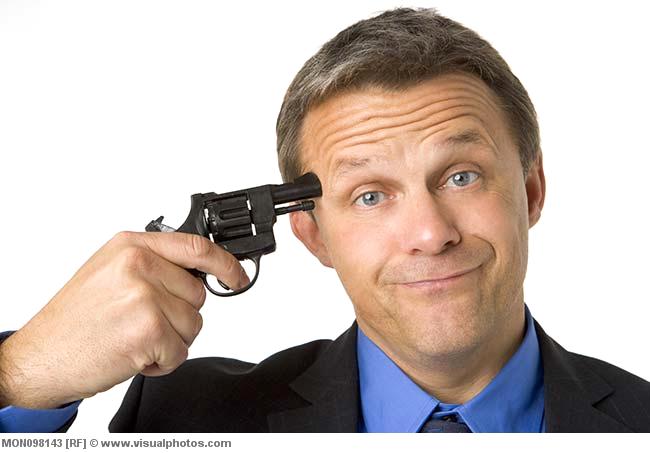 to have watched for over 30 years and industry being whittled and ground down smaller and smaller by the year. The only real hope is in the offshore provided that the protections for US mariners stay in place and aren’t watered down steadily…

what’s that you say? they are being watered down steadily? tell you what…trade me a .44Magnum for this .38? I want to do the job right!

All kidding aside…we have fallen into a time when literally nobody in a position of power in this nation gives a shit anymore for having a merchant marine. First the foreign going liner trade was basically gutted by Ronald Regan, EXXON VALDEZ & OPA’90 spelled a death knell for tanker fleets owned by the majors, Clinton allowed foreign shipowners entry to the small US fleet with the ability to take profits out of the US (as stated by Mr. Munoz), MSC and TRANSCOM will use a foreign ship to carry DoD cargo every chance they can to save $$$, now Food Aid and ExIm Bank cargo preference going into the shitter, Strategic Petroleum Reserve cargo going on foreign bottoms and yes, real pressure being applied to whittle away the non contiguous coastwise trade by powerful business interests with deeper pockets that the carriers. The unions so unbelievably morally and financially bankrupt and decimated by their own foolish shortsightedness that they can no longer mount any effective defense for the rights and position of the American mariners. Offshore service companies and now drillers as well circumventing the OCSLA statutes to allow more and more foreign mariners to work in the GoM. Congressmen only looking to gut anything they can put their hands on to rob the nation of everything possible to funnel the money back to the rich. Where does it stop?

The big ships are as good as dead from the way I see it. There will always be a few but the 200 or so we have today will be 100 in ten years. It’s only a matter of time before the Maritime Security Program goes bye bye. Hopefully tugs and barges don’t get hit and might actually do better picking up cargoes which had been previously carried by the big ships (ATBs being a perfect example) but that will still mean fewer jobs overall. I pray when Gary Chouest dies (and it will happen one of these years) that the strongest supporter for the US flag in the GoM and other US offshore markets doesn’t die with him? I wonder why he has allowed any bullshit to take place in the GoM up to this point so it shows that he alone can’t stop the trend. As powerful as he is, there are other powerful forces at work in the offshore as well and they aren’t all on our side.

It is easy to make MarAd the whipping boy in all of this sad travesty, but they are really a bit player without the support of the Administration that they work for or a Congress who demands that the Nation have a healthy merchant fleet and is willing to pay the political (and financial) cost for one. If you study the history of the American merchant marine you would know that the US has been in these straits before and everytime somebody said…ENOUGH! We need to have a fleet of ships flying our flag! When they did though, the government had to come to the rescue which meant men in the goverment who cared, but those men who cared then were powerful and able to influence the Congress such as FDR. There’s nobody like that anymore…

…there all dead Jim!

Yes sir I would be scared of a .38 as well, it might ricochet off my thick skull and I actually survive, then have to witness the horror being crippled.

I have to quote one of my personal hero’s Colonel Jeff Cooper “If you are going to have a handgun it should atleast start with a .4"”