from the “without Federal Government support or legislation there would be NO U.S. Merchant Marine” desk comes this bit of news today

NOVEMBER 21, 2018 — After two days of negotiations in Geneva between the International Transport Workers Federation (ITF) and the International Chamber of Shipping (ICS), the ILO minimum wage for an Able Seafarer (AB) is to be increased by $27 a month over the next three years.

yes, you read that correctly. AB level wages on foreign ships (read flag of convenience ships employing mostly Asian nationals) are right at about $20 a day so figure a turd mate brings home something like $40 and you can guess at the rest of the crew wage levels. all this largess from the managers and owners plus one year contracts too!

with such numbers now can the US ever have a foreign going fleet unless the government supports it either with subsidies or protectionist laws!

Looks like I have something new to be thankful for tomorrow. Namely not making less than $50 per day.

You are correct. There is no way to compete with wages that low and sustain a living that works in the US. None

Protectionist laws for labor are socialist and will never happen in the USA. The national minimum wage in the US hasn’t been raised in almost 10 years.

Protectionist laws for labor are socialist and will never happen in the USA. The national minimum wage in the US hasn’t been raised in almost 10 years.

isn’t that amazing enough but to think that there are seafarers out there literally working for less in a day that an American mariner earns in an hour just floors me! I am sure there are many seafarers earning more but to think the majority of ships out there have crew costs less an 1/10th of a US ship is really depressing. is the cost of living in the Philippines really that much less than in the US that an AB making $20 a day can actually support a family?

is the cost of living in the Philippines really that much less than in the US that an AB making $20 a day can actually support a family?

690 USD/month. $20/day is about $600/month, plus holiday pay and overtime. If you’re careful, you might not even need a second wage earner. The Filipino men I know, unless they are officers, their wives are also professionals at home, so… they seem do ok… at least financially. My view is that their wage should rise to the point where they can afford to spend time with the families that they are supporting. Spending 9 months or more on board isn’t good for anyone.

So is it the rest of the world that is wrong and have to comply with the US, or could it be that the American mariners are overpaid, fat and lazy??

You can sit on your high horse and complain that you cannot find a job on noncompetitive US wages, even on highly subsidised US flag ships in foreign trade, or on ships in highly protected domestic trade, but it is not likely to result in more jobs. It is because there are few such ships and it is not likely change, now or in the foreseeable future.

I’m sure Filipino seamen wouldn’t mind getting US wages, but I’m afraid that they would not get much work either, if they demanded it.

A little realism doesn’t harm. Shipping is an international business and very competitive and unless you can do a job much better than the next guy, you cannot expect to be offered higher wages than you competitors for that job.

ITF minimum wage is just that, the minimum allowed to pay a seaman of any rank. A lot of seamen are paid above that wage, based on Union agreement, or minimum wages set be the flag state.

Many also have better conditions than what is the minimum standard set by MLC’06, with permanent employment, paid leave, health care and other benefits and training paid for by their employers.

Are there seaman that is being exploited? Yes there are, but it is the exception, not the rule. Most Shipowners want to ensure that their asset are taken well care of by qualified personnel, both on board and ashore. Besides, most Flag states, (with some exceptions, which is not always FOCs) Charterers, Underwriters and P&I Clubs will not allow them to do so.

But they are NOT going to pay film star wages to someone because of their nationality, unless they are force to by Government.

WTF? How am I not being realistic here? US mariners are very plainly non competitive in the global maritime industry and because of this, the US has lost its foreign going merchant fleet except for the MSP ships which are pathetically few. All I am saying is that if the US wants to have any fleet at all we much continue to have trade protections (Jones Act) and Federal Government assistance (MSP). Without them it is game over.

Of course we can do what you want and have a 2nd US register allowing foreign seamen, but what would that get us American mariners especially if it is only senior officers who are Americans?

I sure wished to hell you would not butt in on conversations not having anything to do with YOU!

I sure wished to hell you would not butt in on conversations not having anything to do with YOU!

I will do when others do the same. Insulting your fellow seafarers may feel good to hide the fact that the decline in American maritime fortune is self-inflicted, but it does nothing to improve the situation.

PS> You are exempt here.

The US needs a new law:

Such a law would not increase the cost of shipping a container from Asia to the US by more than $10.

We need to start calling $647 per month in wages what it is: SLAVERY.

For the mainline shipping Cos retention and training are key, having an untrained seaman on ILO minimum leads to a high churn rate and low performance. 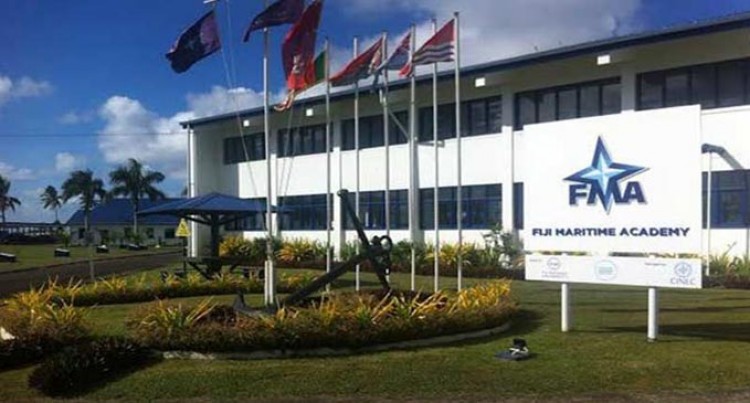 700 Jobs Safe as Norway Says No to Color Line Reflagging

The wages negotiated are for a 48 hour week. Most contracts for AB’s include a provision for a minimum of so many hours per month of overtime.
There are also extra payments for “dirty work”. It is not uncommon for an AB to double his wages for the month to closer to $1300 US. In a study done of seafarers from one third world country it was found that each seafarer was supporting 14 people.
In comparison an electrician working in Manila could expect to earn about $500 per month. If he worked in Taiwan about $1500 and at sea $3400. Unless he had a lot of children at private schools his wife would not be working and they would have household assistance.

In the Phillipines, that is a good wage. You can have a very nice apartment with a private garage, security, and all utilities covered for $250/month. It does get more expensive if located in a city center. I visited a friend several years back, he was one of my old ex Mates. He was living like a king with full time maid and gardner. The fisherman would even deliver fresh shrimp to his front door.