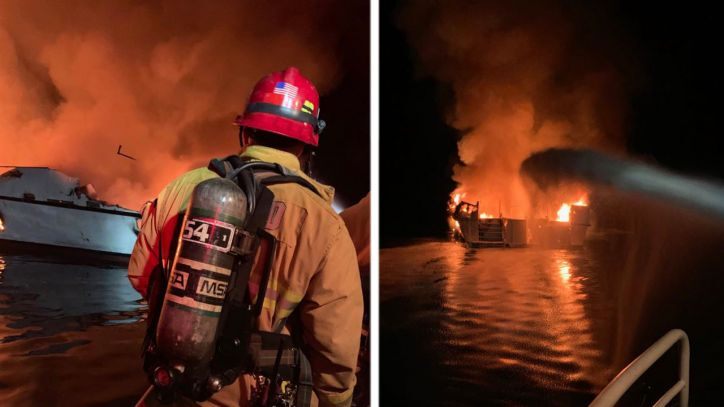 The U.S. Coast Guard has launched several "assets" from its Los Angeles base to rescue people aboard a 75-foot boat reported on fire near Santa Cruz Island, authorities said, with multiple casualties being reported .

I’m guessing that’s one of the “Faith” boats out of Santa Barbara.

I read the name of the boat is Conception & is operated by Truth Aquatics. 34 passengers are missing as of 10:30 EST.

That’s them. They run 3 boats, the Conception, the Vision and the Truth.

Their website sure makes it look fun. The boats look good too. I hate to hear about a tragedy like this.

Los Angeles Times reporting that 33 are “missing” and 5 crew rescued: 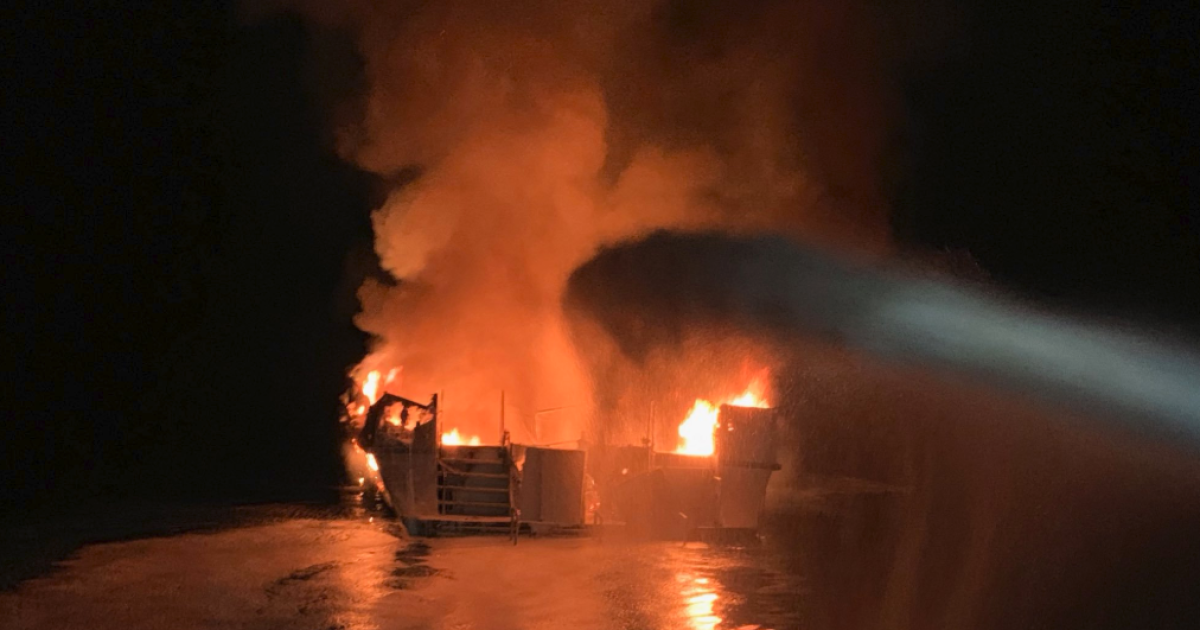 Dozens were trapped in a diving boat fire near Santa Cruz Island off the Ventura County coast, the Coast Guard said. Rescue operations were underway.

“The Daily Beast quoted Capt. Brian McGrath of the Ventura County Fire Department as saying that there were deaths. But McGrath said he could not give a number.” 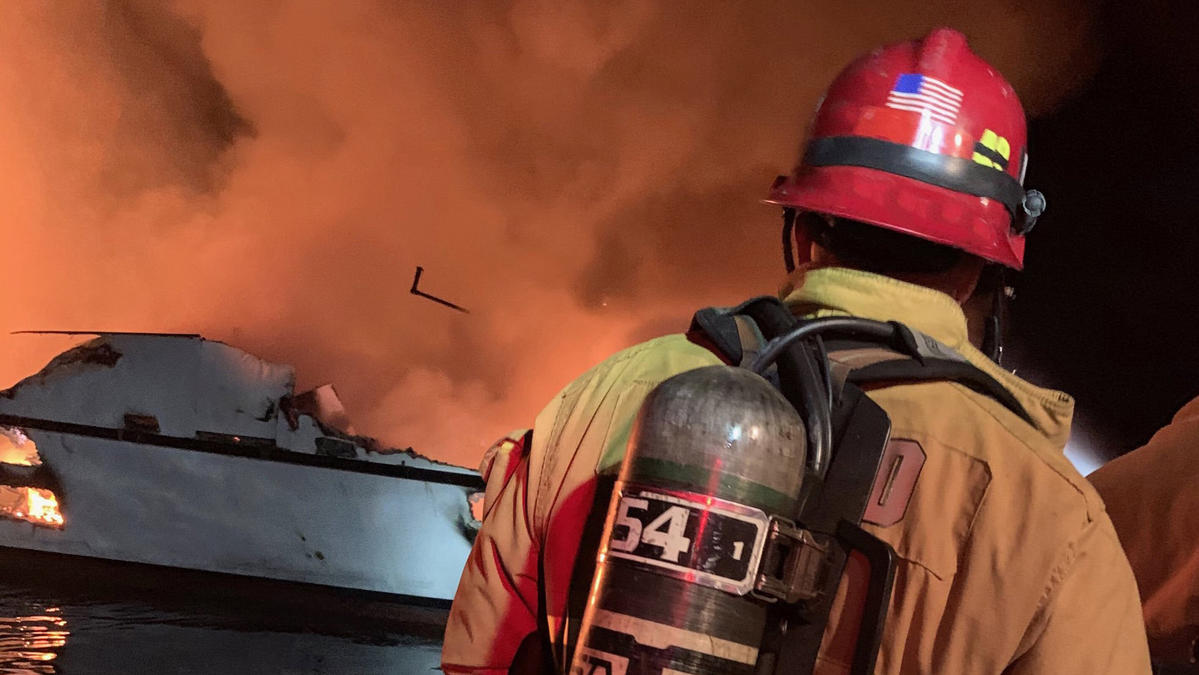 Some Deaths, 34 Missing in Boat Fire Off SoCal Coast

Ventura County Sheriff’s officials confirmed multiple deaths after a fire broke out aboard a dive boat off the Southern California coast. Rescuers searched for 34 people unaccounted for on the vessel Monday...

That’s them. They run 3 boats, the Conception, the Vision and the Truth.

Gorgeous boats and they always had a reputation as a top notch operation. I have worked with some fellas in the past that worked for them.
In the early 2000s, the conception got stolen by some vagrant, and he somehow managed to get out of SB harbor, run up around pt conception, and ran aground at VAFB. It took quite a while to fix 'er back up in shipyard and many thought they weren’t going to bother because the damage was so extensive.

What a horrible and tragic disaster and may god bless those poor souls. I pray it was quick and they didn’t suffer. 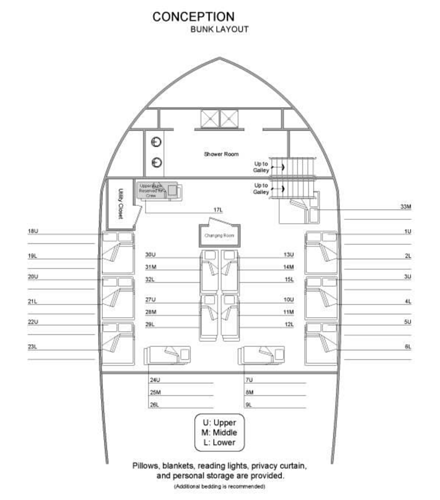 How is this approved? One exit through the galley? Looks like a deathtrap.

How is this approved? One exit through the galley? Looks like a deathtrap.

I would hope this drawing isn’t accurate. I can’t vouch for this boat, but I worked on other similair charter boats built in the same era, and there should be an escape hatch somewhere in that bunkroom that the drawing doesn’t show.

I’ve read a couple updated articles about it but had to stop. This will probably be one on those things where the less we know the better. It would be nice if the authorities say they passed in their sleep of carbon monoxide poisoning. I would probably prefer to hear that even if it is a lie. 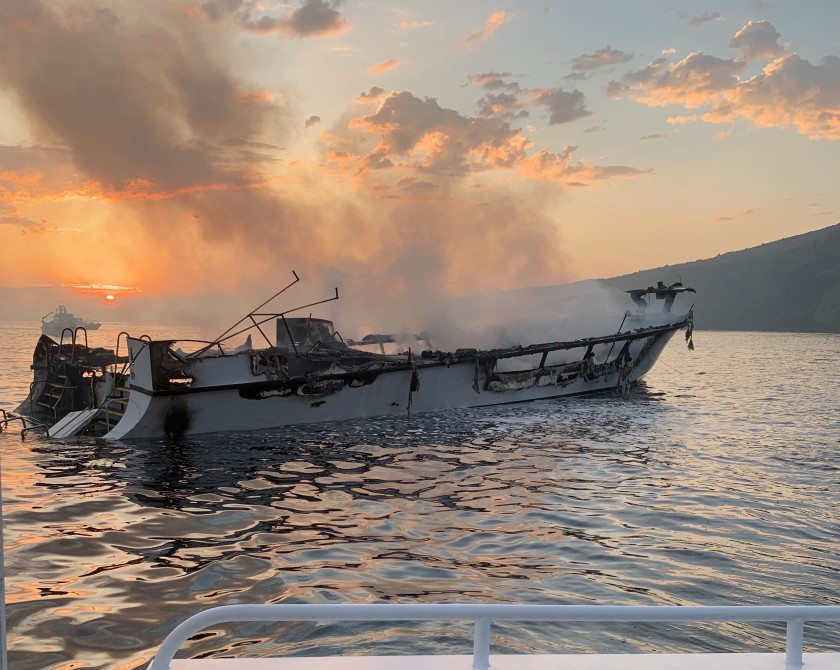 “In a chilling recording of the mayday call, the Conception captain can be heard telling a Coast Guard dispatcher that all of his passengers are trapped below deck ‘with no escape hatch’.”

Its not a requirement to have a means of escape from the berthing area?
Been a while since i sailed on a ‘T’ boat, but if there wasn’t an escape hatch in the passenger berthing, wouldn’t the uscg have caught this on their annual inspections at some point?

I’ve been on a few dive charters in the Channel Islands. Some of the best dives I’ve had have been there. Real shame. Wife and I were commenting the other day on a whale watching boat in Coal Harbor and how it had very few escape routes from the enclosed main cabin. A “fucking death” trap she said. Too many out there. We’ll see when the NTSB findings are released.

Its not a requirement to have a means of escape from the berthing area?

A second means is not always required provided there are no sources of ignition in the space, deck area of less than 30 sq meters (322 sq feet), and the main means of escape is as far as possible from a machinery space or fuel tank. Not saying the boat was approved without one, but there is room in the regulations for having only one. Maybe the radio call was making reference to any escapes being cut off by fire.

Found a couple photos of the living area that seem to match the bunk plan. 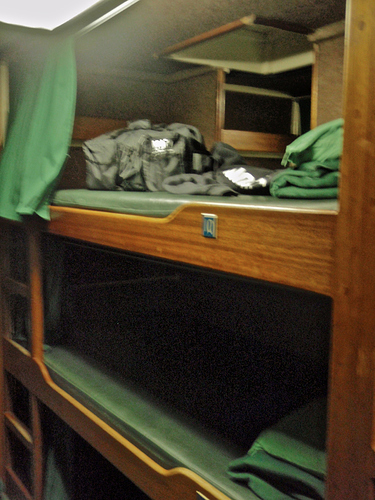 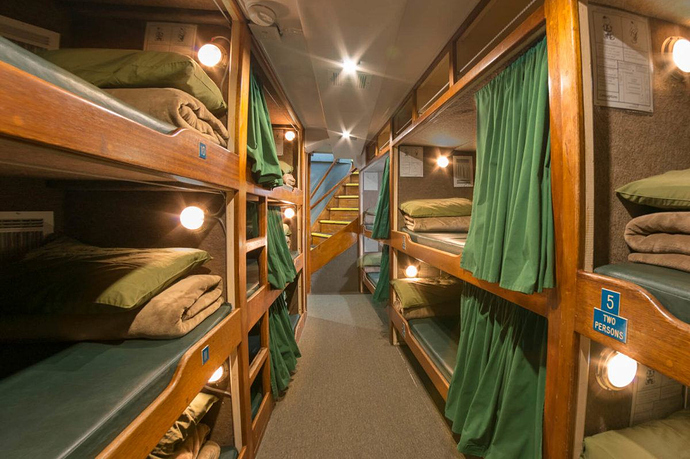 Does anyone know if this is an escape hatch? 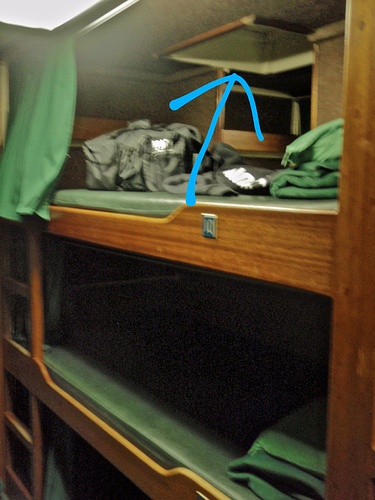 This is tough to listen to.

I also find it very hard to believe there was not a secondary egress route out of that berthing area.

(remove the space between the / and the c)

According to an interview in the LA Times article quoted above, there were 2 exits. In reality we all know how those secondary and even primary exits aren’t really all that good when it hits the fan.