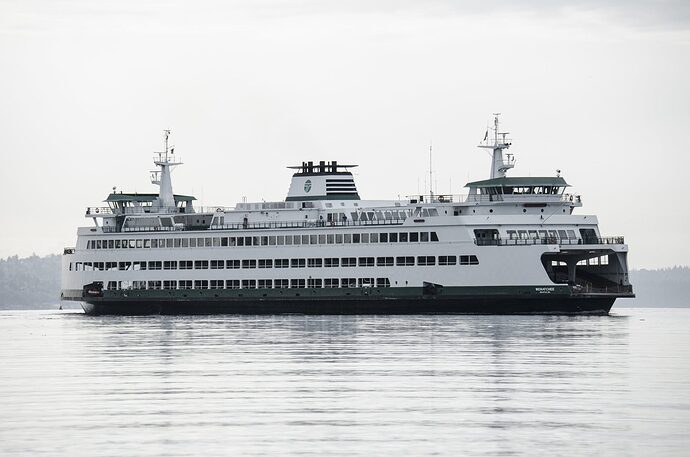 An improperly tightened fastener led to a diesel engine failure on a Washington State Ferries passenger and car ferry near Bainbridge Island, Washington, the National Transportation Safety Board (NTSB) said...

The NTSB accident report is linked in the article. They determined that the failure was caused by an under-torqued con-rod bolt (lower basket bolt). Unrelated but super freaking sloppy, a plastic cigarette lighter was found in pieces in the lubrication system.

Does anyone know if EMD calls for post-run-in torque checks? Following overhaul, the report said that the engines were run for a dock-side break-in and bearing temps were recorded. It does not say whether any bolt torque checks were made. On the larger engines I’ve worked on, following a major overhaul like this you shut down to take bearing temps, hot crank web deflection, and check torque on all con-rod big end bearing bolts. The torque checks are precisely so something like this doesn’t happen.

Neither engine room was equipped with a fire or smoke alarm system, nor were they required by regulations.

How is a 460ft passenger vessel not required to have a fire or smoke alarm system in the engine rooms? And even if not required, why the heck wouldn’t the operator want one?

I would think that the engine room was always manned. I remember an incident with two medium speed diesels in a small vessel of 3000 tonnes where there was a catastrophic failure of one engine. The failure being attributed to the bottom end bolts being incorrectly torqued. In the subsequent investigation a spanner was found that had been fabricated to avoid opening a crankcase door that required a local control panel to be removed first.

I ran EMDs for years (and changed my fair share of power packs), and don’t ever remember re-checking torque on the basket bolts post run in. I do know that once we had a service company re-pack a both main engines (they no longer service EMDs) and I found issues with the crab bolts. I retorqued all of them and did random checks on all other components. I don’t know that EMDs are designed to take crank web deflections. I never took any. I HAVE taken my fair share on B&W slow speed engines, though. 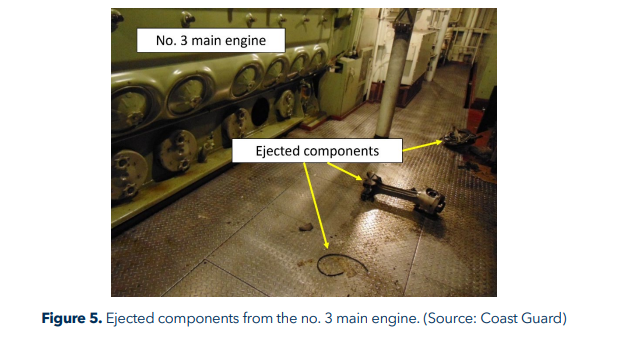 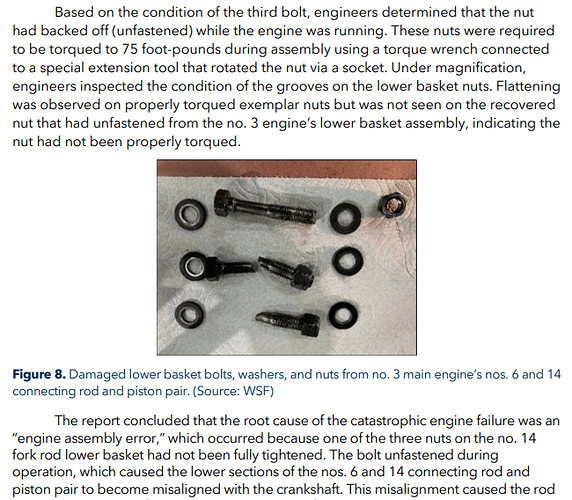 The article wasn’t too clear on whether the work was done by contractors or in-house/state employees. Anyone know?

I wonder who is going to pay for the repairs or downtime?

The article wasn’t too clear on whether the work was done by contractors or in-house/state employees.

Since the word “contractor” was never used and judging by the tone of the report, I suspect much of it was a cut and paste of material supplied by the WSF legal and marketing teams. The syrupy description of the experience of the mechanics is peculiarly self serving in favor of WSF. The effort taken to absolve the cigarette lighter from any contribution is also kind of interesting.

I really wonder how much of that “report” is cut and paste of WSF material. 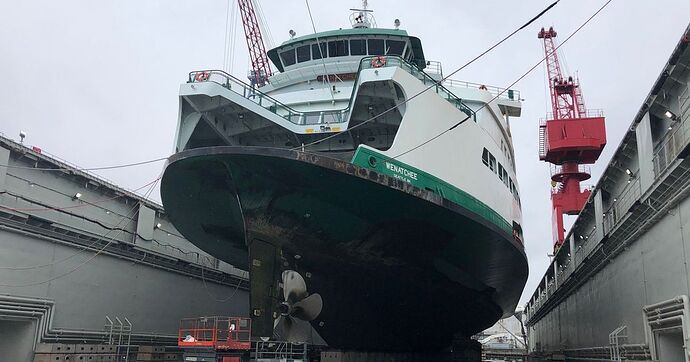 An insufficiently torqued bolt lead to failures and a fire in one of the ferry's engines last spring, taking it off the water for nine months.

Haha, the taxpayers of WA of course. Especially if the mechanics were in house/state employees.

As soon as I read the line about them finding pieces of a cigarette lighter, I knew this would not turn out well. It didn’t speak well for the trained technicians prior to the catastrophic failure.

Further articles state that it was a contractor. EMD did (and may still) have a factory program to train engineers. I know that Crowley sent their engineers to LaGrange, IL for the training. It has been my experience with EMDs that if just a few power packs required changing, it was left to the engineer(s) onboard. For larger jobs (like this one) factory certified contractors were used. Like anything else, some are very good, others not so much.

The company that performed the maintenance was MSI, a Kirby company.

They ought to be fairly experienced with EMDs so it looks like someone didn’t follow a procedure, there was poor supervision, or just plain old fashioned screwed up.

MSI has been at the EMD game a long time. The only EMD ship I sailed on was 12 years ago and if I recall correctly MSI did our overhauls…all power packs on our V20s in what seemed like a day or two per engine. I remember being impressed by the speed.

The report said the Lead Technician had 9 years experience and the other had 5 years. A solid sump inspection should have found the lighter, but proper discipline would have prevented it from entering in the first place.

The part of the lighter that never got recovered was the striker wheel. One would think that a chunk of carbide wandering through the engine oil galleries would also be a contributing factor to an accident like this.

MSI, is that the outfit that is on 15 Ave NW in Seattle? Or used to be at least? That the street that runs over the Ballard Bridge.

If it is a tug I was on used them once. Seemed very good. Got a bearing there on the wall of shame.

I’ve never seen the factory rep come back and retorque emd’'s. there was a popular engine rep in seattle looking for a tech … (a few years back) german is all i recall but popular.
I recently learned jesse, a JR Eng. on my first ship is now a cme for washington ferries!

If MSI did it then that is a serious boo boo on their part. I can believe state employees screwing up but not the trained, experienced gang at MSI.