wow, sounds like they almost had a Kulluk episode in the Russian Arctic.

London - The vessel has been evacuated and dameged while shipping in Pechora sea, Western Russian Arctic Sector.

London - Jack-up rig GSP Saturn was damaged in stormy weather by waves in Pechora sea, Western Russian Arctic Sector, while was under tow to Murmansk after completing construction works on a well in Pechora sea. 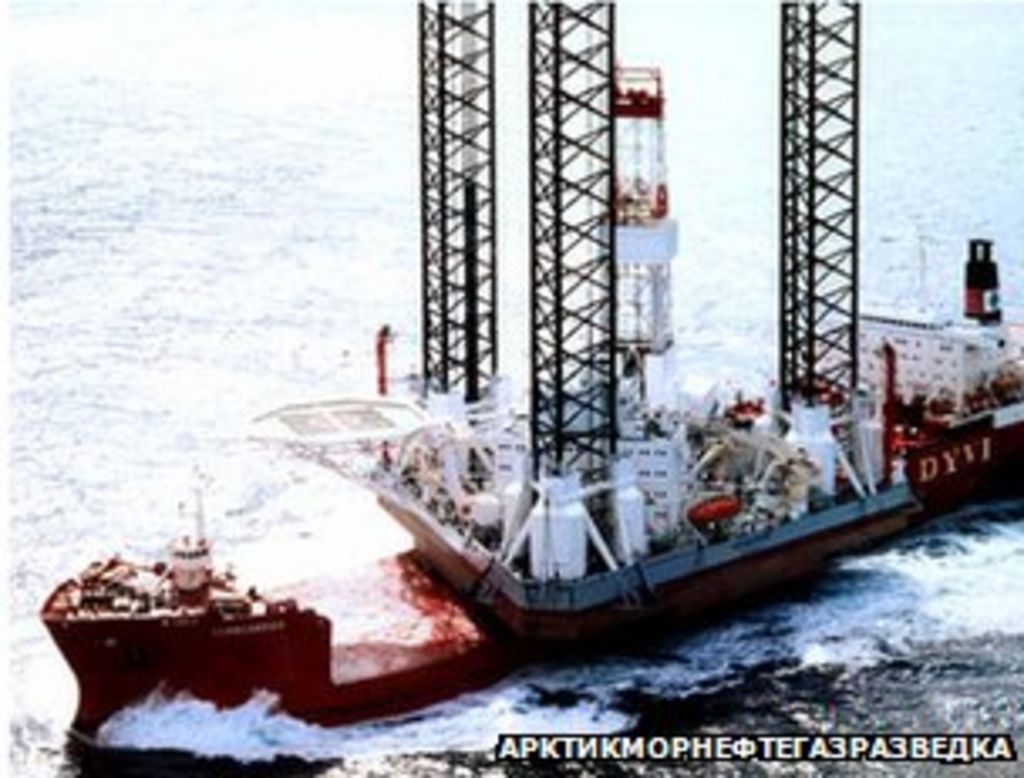 Four people die and around 50 are missing after an oil drilling rig capsizes and sinks under tow in freezing seas in the Russian far east.

At least four people have died and about 50 are missing after an oil drilling rig sank in freezing seas in the Russian far east.

The Kolskaya rig was being towed some 200km (125 miles) off Sakhalin island when it capsized in a fierce storm.

Fourteen people have been rescued alive but it is feared the rig overturned before the rest of the 67 people on board could escape on to life rafts.

Rescue efforts have been hampered by poor weather conditions.

guess it brings us back to the topic what the best ship/rig/structure is for work in the Arctic. Apparently not jack-up’s.

Or at least less suited for transport during Arctic weather.

[QUOTE=Drill Bill;147743]guess it brings us back to the topic what the best ship/rig/structure is for work in the Arctic. Apparently not jack-up’s.

Or at least less suited for transport during Arctic weather.[/QUOTE]

I also have doubts about using jack-ups in ice or areas where the ambient temperature is below freezing. Perpendicular ice loads on the legs, ice bustle growth… Nope!

A Gazprom oil rig was damaged by a storm in the Arctic Pechora Sea, maritime news agencies reported this week.

No casualties were reported, and the company denied that there had been any such incident.

But the story revived the ghost of past, deadlier Arctic disasters, prompting environmentalists once again to question the safety of oil exploration in the inhospitable polar seas.

A lifeboat was lost and a helipad damaged when the jack-up rig Saturn was struck by a storm last Saturday, according to a report released Wednesday by Lloyd’s List Intelligence, a maritime business information service.

Initial reports, including Lloyd’s, claimed that the crew had been evacuated in the wake of the incident.

But the State Marine Rescue Service said in e-mailed comments that the crew had returned to the vessel, which is currently moored by Cape Kanin Nos, taking shelter from the storm.

Gazprom’s subsidiary Gazprom Neft, which chartered the Romanian-owned rig, confirmed to The Moscow Times that the crew had been partially evacuated and towing had been suspended.

But all safety measures were part of a routine practice, and the vessel is on track to the port of Murmansk, the company said in a written statement.

“There were no incidents or disasters at the jack-up rig,” Gazprom Neft’s press service said Wednesday.

Arctic watchers have good reason to be jumpy: In 2011, another oil rig used by Gazprom Neft, the Kolskaya, sank in the Sea of Okhotsk during towing, killing 53 crew members.

The Saturn, handled by three professional tugboats from Norway, is in a better position than the Kolskaya, which had been towed by icebreakers that were poorly suited for towing, said Mikhail Voitenko, editor-in-chief of news website the Maritime Bulletin.

Environmental activists say the technology simply does not yet exist to make oil exploration in the Arctic safe for crews and the environment.

This is not necessarily the case for oil rigs, said Voitenko: Barring ice in the water, the conditions in the Arctic are much different than in the rest of the world’s oceans, where drilling platforms are widely used. In the north, the rigs are withdrawn to port before the ice sets, nullifying the problem.

But Greenpeace says rigs in the Arctic are plagued by incidents. The same year tragedy struck aboard the Kolskaya, another Gazprom oil rig in the Pechora Sea, the Prirazlomnaya, lost an accommodation ladder to the storm. In 2013, Shell’s drill barge Kulluk had to be scrapped after it lost its tug and was grounded on the shore of Alaska.

“We’re just not ready yet to explore the Arctic shelf,” Yulia Pronina of Greenpeace Russia told The Moscow Times on Thursday.

Furthermore, the technology does not yet exist to clean up oil spills in the icy seas, critics say, though towed oil rigs pose no spill hazard.

Lacking the requisite technologies, they enlisted the help of Western corporations, including Shell and ExxonMobil. But the recent Western sanctions against Russia, which curbed exports of shelf drilling equipment to Russia, as well as the sliding oil prices, have cast a pallor over the country’s Arctic expansion efforts.

Greenpeace has staged protests against Gazprom’s Arctic operations, including on the Saturn earlier this year and the Prirazlomnaya in 2013. The Prirazlomnaya protest landed 30 activists in Russian custody for months, though they were eventually amnestied.