If you ever wondered if cops might really be stupid?

NEW YORK – Ten officers on Monday found their routine training exercise turn into a very serious situation when their Moose Boat M2-37 began to sink in the cold waters off of Breezy Point here in New York. Seven of the officers were already in the water as part of the training exercise, but the rest of the passengers were quickly forced to abandon ship. Those in the water swam some 300 feet to shore; the rest were picked up by an FDNY marine unit after transferring themselves and some gear to a life raft, according to reports.

While the New York Post, and others, speculated that the NY/NJ Port Authority vessel had struck a jetty or some other underwater obstruction, Moose Boats quickly sent a letter to customers explaining what happened and providing a warning to other operators:

“The crew were unable to replace the impeller inspection hatch cover due to the large volume of the water entering the engine compartment through the open impeller inspection port. There were 10 personnel weighting the cockpit area thereby increasing the flow of the water into the hull. The watertight Freeman deck hatch on the swim grid may have remained removed creating a full flood condition of the hull as the buoyancy diminished resulting in the vessel sinking.”

The letter also included a photograph of the area being described (see above) and a reminder to customers that the inspection hatch is only to be removed with the vessel out of the water.

The consequences for not following these directions can be dire: “It happened so quickly,” a witness told the New York Post. “The boat just went up on a 90-degree angle.”

I wonder if they salvaged the doughnuts?

Saw that this afternoon and gave me a good laugh. Gravity is a bitch.

I wonder did they just stand there looking in that open hatch at the water pouring in and wondering what they should do? That no one said, “hey, where’s that hatch cover? We gotta close this before the boat floods!” 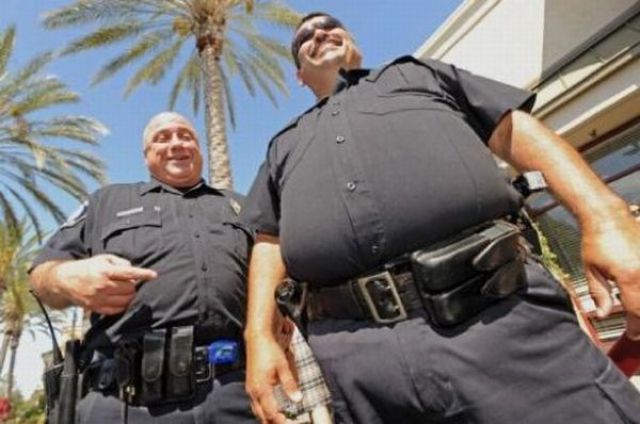 No wonder the boat went blub so fast!

What kind of morons are these guys? Why do they get to carry guns?