Bangkok, Thailand: Thai authorities said that a Royal Thai Navy warship sank in severe weather early Monday, leaving 33 of its crew of 106 sailors missing in stormy seas in the Gulf of Thailand.

Authorities said that three rescued sailors were in critical condition, and a search operation was underway for the missing crew.

The electrical shutdown caused the ship’s main power systems to fail, leaving the crew unable to maneuver or pump out seawater that had entered its hull, it said.

From Wikipedia:
HTMS Sukhothai (FS-442) (Thai: เรือหลวงสุโขทัย, RTGS: Su Khotai) was a corvette of the Ratanakosin class belonging to the Royal Thai Navy. The ship was named after the first king of the Kingdom of Sukhothai, capital city of Sukhothai in present-day north-central Thailand.[1]

The ship sank after a storm in the Gulf of Thailand on 18 December 2022.[2] She developed a heavy list after electrical systems and pumps failed due to flooding. The failures were caused by sea water entering an exhaust port in heavy seas, which led to a short circuit in the ship’s electrical system.[3][4] Sailors have been rescued from the water, however 33 crew members out of 106[5] were missing as of 19 December. 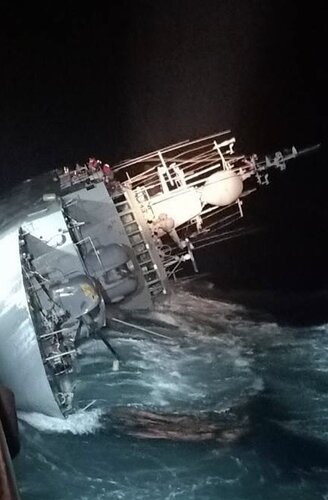 At the time the wind was most likely from the NE at Forces 6-7 with a 2-3 meter significant wave height. 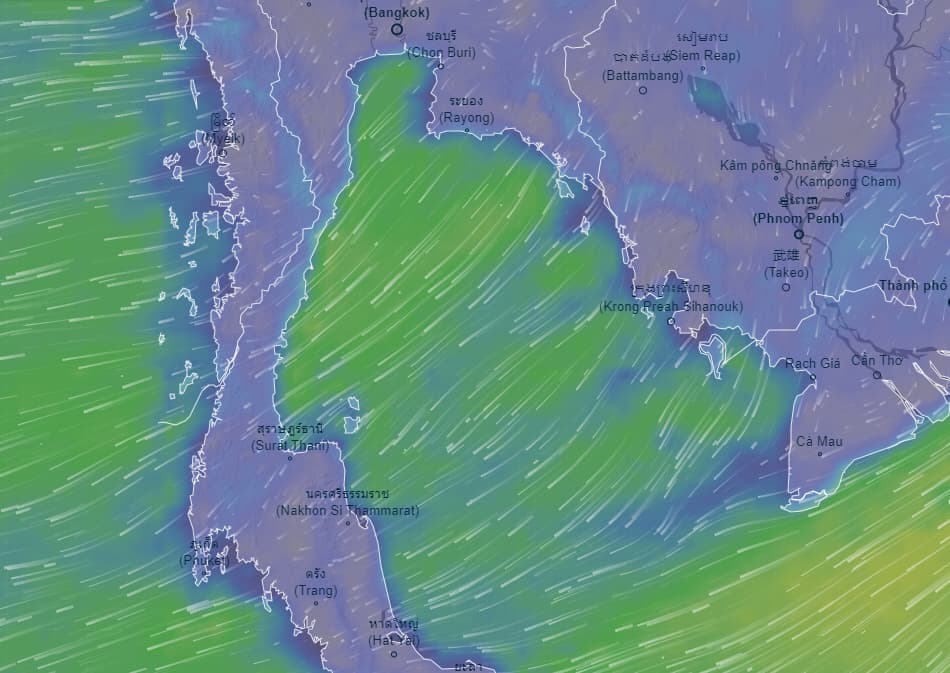 60 kmh winds and 3 m waves is that enough to do that to a 900t Corvette ?
Was there some kind of problem with the exhaust port ?
Hope they find the rest of the crew quickly.

Might be a similar situation to the tug Valour loss where valves to cross-connected tanks were left opened which allowed ballast water to transfer to downwind tanks by gravity.

Wonder if they have found the missing crew ? 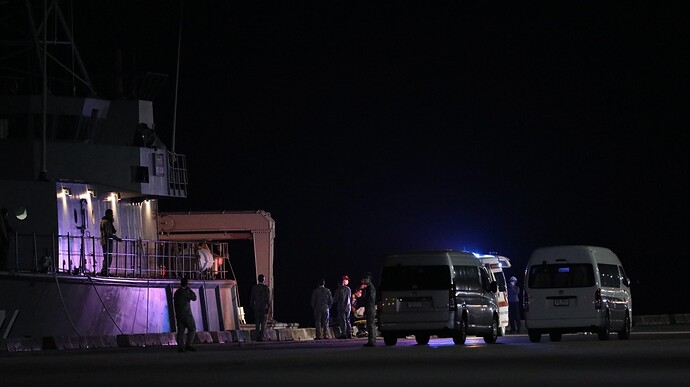 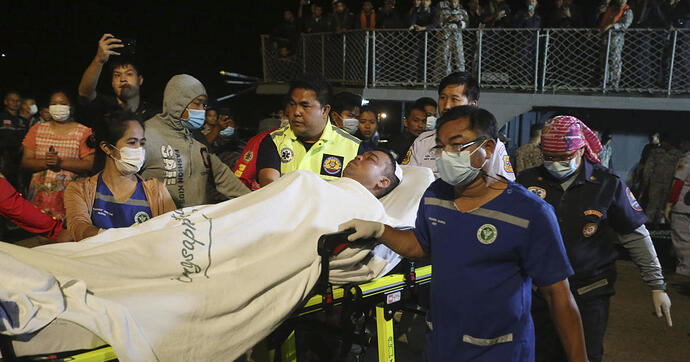 Thai officials concede shortage of life jackets on navy ship that sank with...

It had 105 people on board. Rescuers found a survivor and recovered five bodies but hopes were fading for two dozen people still unaccounted for.

Not enough life jackets
What a miserable stuff up. 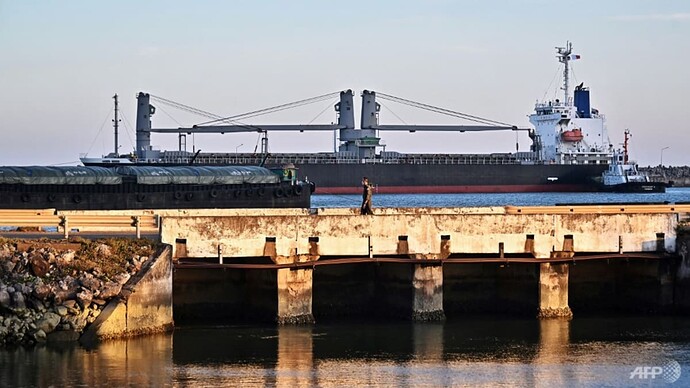 BANGKOK: Three more bodies have been recovered from the waters after a Thai warship went down in the Gulf of Thailand a week ago, the kingdom's navy said Sunday (Dec 25). The HTMS Sukhothai

The vessel - a corvette, among the smallest of military warships - ran into trouble after its electronics system was damaged.

The Sukhothai was commissioned in 1987 and built in the United States by the now-defunct Tacoma Boatbuilding Company, according to the US Naval Institute.

Two others that sank that day ?
Wonder what they were ?