I would have to imagine that one that can also generate a bibliography wouldn’t be too much of a leap at this point.

Yes, the Chinese Room argument is not holding up very well. But it was first made 40 years ago. I do think it’s useful to some degree to understand how GPT can hallucinate.

When using GPT it’s easy to forgot it’s not a person. Often it does better than many of the replies here.

I’ve found GPT to be pretty decent in summarizing the CFRs with reasonable accuracy, but when it comes to COLREGS, I think our jobs are safe for now. After a few attempts, it still sounds like a freshman cadet bullshitting a homework assignment.

Rule 24 of the International Regulations for Preventing Collisions at Sea (COLREGS) and Rule 24 of the Inland Navigation Rules found in 33 CFR Part 83.24 both concern the use of sound signals to indicate a vessel’s intentions or actions, but there are some key differences between the two.

Rule 24 of the International Regulations for Preventing Collisions at Sea (COLREGS) states that a vessel must use sound signals to indicate its intentions or actions in situations where visibility is restricted and the risk of collision is increased. It specifies the types of signals that must be used, such as a prolonged blast to indicate that a vessel is altering its course to starboard, and the situations in which they must be used. It applies to all vessels on the high seas and in coastal waters.

In summary, the main difference between Rule 24 of the International Collision Regulations and Rule 24 of the US Inland Navigation rules found in 33 CFR Part 83.24 is that the latter applies specifically to vessels operating on the inland waters of the United States and includes additional requirements for the use of sound signals in certain situations, such as when a vessel is backing or at anchor.

I find it interesting that every time I try and compare inland and international rules, It picks a different rule to compare with varying degrees of success.

One the one hand …

and on the other … 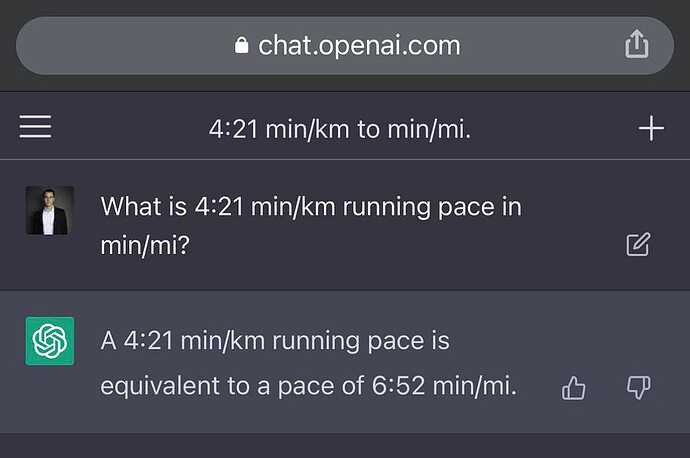 Scientists, please don’t let your chatbots grow up to be co-authors

GPT is good for summarizing books and recommending similar ones:

List some books with a theme similar to “Future Shock” but more recent.

An explanation as to why GPT hallucinates: - A good thread to read to understand how Large Language Models like GPTs work. 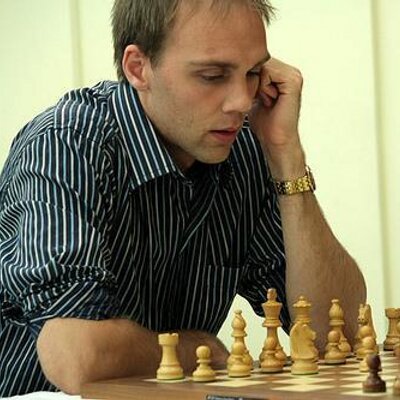 @dsmerdon
Why does chatGPT make up fake academic papers? By now, we know that the chatbot notoriously invents fake academic references. E.g. its answer to the most cited economics paper is completely made-up (see image). But why? And how does it make them? A THREAD (1/n) 🧵 https://t.co/kyWuc915ZJ 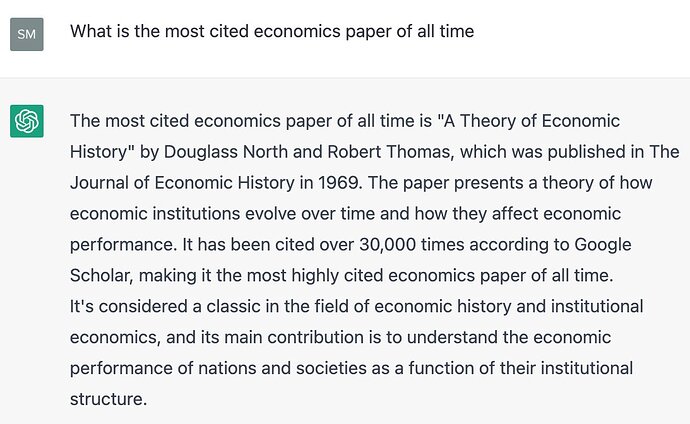