Update from the local paper:

‘Cdry Blue’ is still on the rocks; meanwhile, the attacking waves are less cold.
Italy is still lost in home-offices (even in real offices, the bureaucrats weren’t blizzards).

They selected an American company to remove the vessel, no name given.
Titan/Ardent must have good relations with the Coast Guard, from the Concordia removal…

The removal of the ‘CDRY Blue’ as a ship would have been too expensive; the hull’s bottom was too heavily damaged.

The hull insurer, the Italian Siat, declared a constructive total loss and paid out the insured value to the owner. Now it is up to the P&I Club British Marine (British Steamship) to pay for the wreck’s removal.

Resolve Marine, of Fort Lauderdale FL, will cut the wreck on the rocks, from a crane barge alongside, and transport the pieces to the yard San Giorgio del Porto at Genoa (which scrapped the Costa Concordia).
The estimated time needed is about ten weeks, beginning early July.

Meanwhile, a large part of the vessel was removed. Only the bow and the whole bottom are still on the rocks.
The steel is transported to the Piombino port in northern Italy, where a large steel mill takes care of. 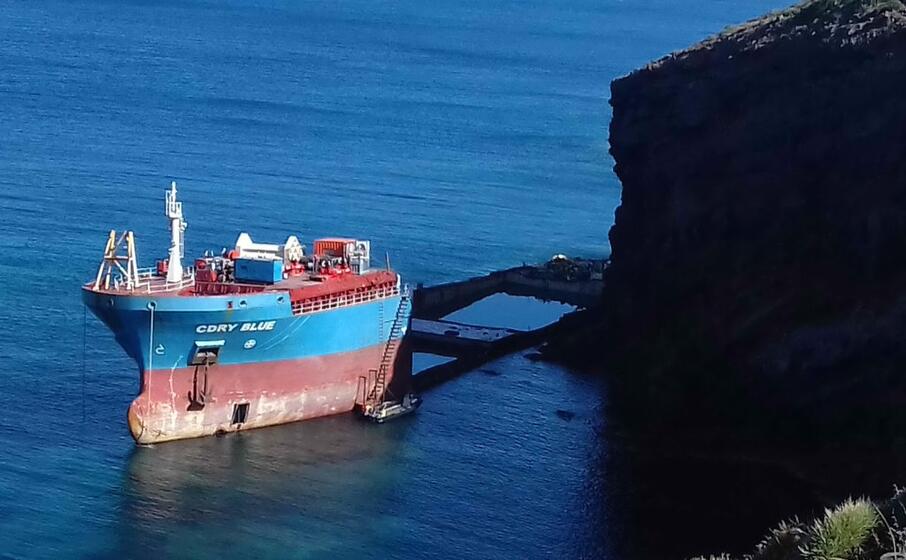