I did not know about the one after the other grounding of the bulker OLIVA. Thanks ounce again to gCaptain. Lifeboat Washes Ashore in Australia After Two Years at Sea

A 29-person lifeboat belonging to the late MS Olivia bulk carrier has washed ashore in southern Australian, nearly 2 years – and about 5,000 miles – after the vessel wrecked on a remote…

On 16 March 2011, the bulker OLIVA flagged in Malta, managed by Dryships Greece, owned by Cardiff Marineand crewed by 1 Greek and 21 Philippinos went aground on Nightingale Island in the South Atlantic, while on a voyage from Santos, Brazilto China with a cargo of soya beans. The vessel broke in two and was a total loss. All 22 crew were rescued. More than 800 tons of sticky black fuel oilleaked from the ship and coated some 20,000 Northern Rockhopper Penguins.

Another danger to navigation tub being manned by fully certified Bonobos and endorse, encourage and promote by the IMO STCW to save money to unscrupulous managers and owners. 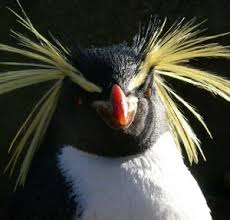 Sorry for the Bonobos …