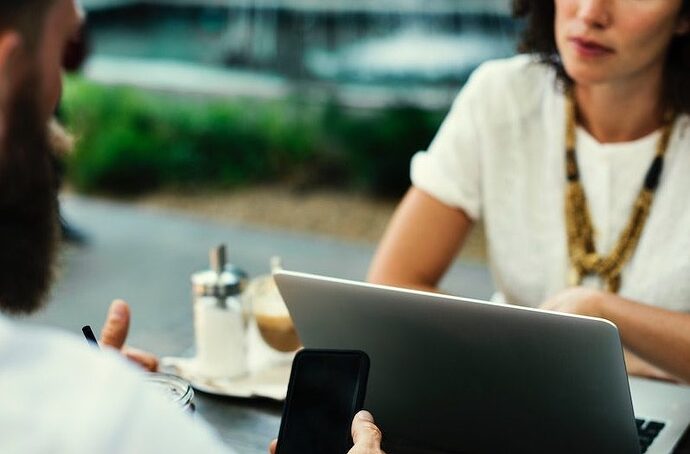 Solving the maritime recruitment crisis: why salary rises are not enough -...

Phil Parry, chairman of Spinnaker, writes for Splash today on hiring priorities. There is a palpable supply-side shortfall in maritime recruitment, particularly in commercial and operational roles. As a result, shipping companies are frequently...

If you are in the process of hiring, you may be forced to offer higher salaries to attract candidates. However, re-evaluating working practices, thinking about purpose, investing in people and their development is a far more sustainable and effective approach to talent retention.

This author is wrong.
Some people come out to work, others to watch you work. Invest in the workers. Invest in the ones you don’t need to hold their hands at every step. Want to retain employees, its not rocket science. Lastly identify and remove the butt lickers that is if you want real men on your vessel and not worms. lol But hey there is this new trend is called “quiet quitting”, which seems legit, lets all be watchers since your paychecks are so far underwater with regards to inflation. haha ‘I did that’ - JB

Heaven forbid they have to pay people aaannnddd make them feel like appreciated.

As the article says; it is not all about money. (Nor is it unique to shipping):

The challenges are not unique to the industry, so shipping companies are also facing even tougher competition than usual from other sectors suffering from the same talent-supply problems. Of course, if you need staff, you have to fish in the same pond as everyone else and cope with the market conditions. The good news is that solving the maritime recruitment crisis is not entirely dependent on remuneration.

Employers are also focusing on culture, training, and personal development with a vigour that we’ve never seen before in this industry. The message seems to have got through that people want to feel that their employer and their individual roles have a purpose – a ‘why’. This isn’t necessarily about grandiose change-the-world missions but about giving people a reason to get up and come in to work in the morning.

If the pay is good (including benefits and travel), crew change is on time within reason, the vessels are good and kept up and the crew aren’t a bunch of assholes, you have a winning formula and people will line up to work for you.
It’s pretty simple, actually.
Unfortunately…you never get all of that in one package, or very rarely.
I’m lucky enough to work on a top of the line vessel, with a great crew and mediocre pay and benefits, terrible crew changes. But the good is enough to outweigh the lure of moving on to greener pastures.
Maybe the bad will change for the better eventually, it’s just the way it is for now.

Pay is not close to where it needs to be. Especially these GOM companies.

The message seems to have got through that people want to feel that their employer and their individual roles have a purpose – a ‘why’.

Haha… People seeking these feeeeels are in the wrong line of work. There certainly is a purpose and a ‘why’, (to operate the vessel as required by all regulations and as efficiently as possible) but after that, it’s just a repetitive chore.

The people who do this do it for the money and time off.

The article in the OP is about international shipping and has nothing to do with US GoM pay and conditions.

The people who do this do it for the money and time off.

That may be the case for many seafarers, especially in the US and other rich countries. It is certainly not for the excitement and adventure of visiting foreign countries these days.

But that is not necessarily the case for ALL seafarers, the majority of whom are not from rich countries. Many of those used to be happy just to have a job and be able to take care of their extended families (As pointed out by several in another thread recently): Maersk Bosun Attacks CM In Overtime Dispute - #38 by jerryb78

That may be changing as conditions in their home countries improves. The attractiveness of seafaring jobs decreases as payment and availability of other jobs increases at home.
The emphasize may change from pure monetary reward to “feeling appreciated” and “job satisfaction”. “Quality of life” in a broader sense, including being able to have a normal family life, may also play a major part.

The author of that article, Phil Parry, chairman of Spinnaker, may know a thing or two about the problems of recruiting seafarers and professionals for the shipping industry:

But that is not necessarily the case for ALL seafarers, the majority of whom are not from rich countries. Many of those used to be happy just to have a job and be able to take care of their extended families

Bug… I can guarantee you that a lot of those folks wouldn’t be sailing if they weren’t getting paid. While they may not be earning as much as US/European counterparts they’re making considerably more than they would working shoreside at home and that’s the main driver for all of us that sail commercially: We make more at sea.

One of the issues that I see is related to how COVID really messed up crew changes. Required quarantines pushed quite a few companies that I’m familiar with to extend the length of the hitches. 70 and 90 day rotations became 120+ day rotations. Now companies are seeing longer rotations as a cost saving measure, you’re saving on flights if you only do three crew changes a year vs five. Problem is, there are a lot more people willing to do a 70 hitch than there are who are willing to do a 120 day hitch. So now companies are having a hard time finding reliefs because not many people want to sign on for a long hitch when they know that they’re probably not going to get to go home when scheduled.

I can guarantee you that a lot of those folks wouldn’t be sailing if they weren’t getting paid. While they may not be earning as much as US/European counterparts

I didn’t say that anybody worked for free and yes, they would all like to earn the same as their US/European counterparts.

Unfortunately equal pay for equal work and equal qualifications are not likely to be seen anytime soon. Here is a comparison of wage level from 2020:

Maritime Zone analizes phenomenon of salary gaps between seafarers of different nationalities in the maritime industry and forecasts end of inequality.

Of course shipowners/managers doesn’t want to pay more for equally qualified crews just because of their nationality, unless there are requirements to do so:

PS> Hopefully the Covid-19 restrictions will be lifted soon, with normal crew change and shore leave being restored worldwide

I didn’t say that anybody worked for free and yes, they would all like to earn the same as their US/European counterparts.

I think you may have skipped over the rest of that paragraph. Sailors don’t need to make the same as sailors from another country; they need to make enough to make it worth sailing vs working shoreside where they live.

This is similar to an issue that has reared its head in remote working: Do you pay the person based off of the position or based off of where they choose to reside? 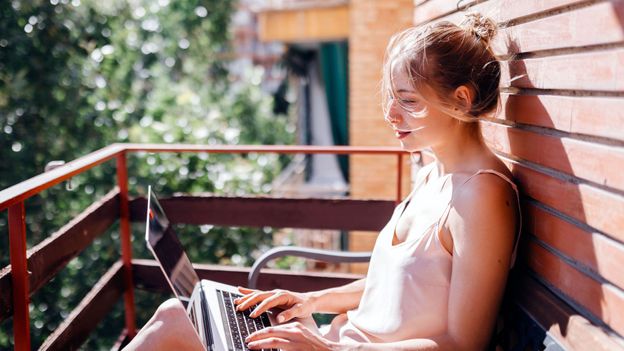 The tussle over location-based pay

Companies are grappling over whether fully remote employees should be paid the same as in-office staff. What is the right way forward?

Companies will pay as little as they can get away with. The problem is that shipping companies cut pay/benefits/quality of life and extend hitches to the point that working shoreside becomes more appealing. Now they’re having a hard time finding people. There are only so many ways you can make shipping appealing again:

Pay more
Shorten hitches
Improve quality of life on board

From what I’ve seen, sailing wages haven’t been keeping up with shoreside wages. There’s got to be some serious catching up happening or they’re going to continue having issues.

As for the Covid stuff, that’s a mess and will continue to be so. Sailors tend to get the shit end of the stick to begin with and I don’t see that changing. Hawaii, for example, opened back up to “travelers”. All you needed was a vaccine or covid test and you could go to Hawaii. Unless you arrived by ship. Then you couldn’t go ashore because you weren’t a “traveler”. If you arrived by ship you needed to prove that you’d been underway for 14 days or quarantine for 10 days. It was ludicrous to the point that we had crew that lived in Hawaii. They couldn’t go ashore when we were in port, but when it was time to crew change it was perfectly ok for them to leave the ship on the west coast and fly home with no restrictions. If they crew changed in Hawaii then they’d need to quarantine.

Hawaii is better now, but Covid restrictions are still very much a patchwork of differing rules throughout the world.

Sailors don’t need to make the same as sailors from another country; they need to make enough to make it worth sailing vs working shoreside where they live.

I didn’t say they NEEDED to earn the same, but that they WOULD LIKE TO. Being realistic, they know that equal pay for equal work by equally qualified seafarers will not happen anytime soon. For that to happen there are too many protectionist barrier to put it politely. (Nationalism and racism also play a part)

PS> In my younger days i have been on both sides of this equation; being paid far less than others with lesser qualifications, based on nationality and been paid far more, base on race. (And qualification)

Ombugge is a forum hall monitor… Stay in line kid.

Never seen an issue with civil discourse with @ombugge

PS> In my younger days i have been on both sides of this equation; being paid far less than others with lesser qualifications, based on nationality and been paid far more, base on race. (And qualification)

The table comparing pay rates overlooked the different treatment for tax. Sailing as master with an all Filipino crew the mate had domestic staff including a gardener. I would arrive home to find my son had mowed the lawn in such away that the grass had grown so high at the boundaries that quite large animals could take cover.

Yes ir does because it is a table of range in pay rate in USD only.
It does not consider any thing else, like tax, health benefits, buying power of USD in their home country. Nor does it pretend to.

In the early 1970s I was Master on a Singapore flag ship with a mixed crew of Singaporeans, Malaysian and Indonesians. We were trading from Singapore to East Indonesia. My wages were more than all the 22 crew members put together.
Nobody complained, or thought that being unreasonable. (Or unusual)

In fact, they made more money on trading goods like Seiko 5 watches, sunglasses, VW front windows and spare parts one way and live Birds of Paradise etc. the other way.
Wages for an Indonesian Sailor (OS): S$ 80/mth.
The Singaporean #1 Engine Driver: S$ 320/mth.(Highest paid)