Jones Act and The Age of U.S. Ships

OK, no more saving keystrokes by calling fellow seafarers “3rd world villagers”. It is demeaning and an insult to the many hard working and well educated seafarers in the world that serve on all types of ships under many flags and all over the world, from pole to pole.

They deserve your respect for the jobs they do, as well as for the hardship they suffer. They do NOT deserve insults from ill-informed Authorities that look at them as “criminals and potential terrorists” without a shred of evidence. (Least of all from fellow seafarers)
Being paid less than American or European seafarers for the same job is not a crime.

In return I will refrain from retaliating by any reference to Americans Mariners as “Rednecks”, or any other demeaning terms. Deal???

PS> I agree, this discussion doesn’t belong here. Any Moderator that can move the offending posts to a relevant thread??

In return I will refrain from retaliating by any reference to Americans Mariners as “Rednecks”, or any other demeaning terms. Deal???

you do not ever hear me demeaning the seafarers of other nations. we all do the same hard and often unforgiving job regardless of the color of our passports. others here might disparage them but not I

You mean like the one in the background here??

Actually you can count the frames from a distance on all newer vessels if the angle and light is right:

The Island Venture doesn’t look too bad to me, especially when you see her in good light:

We can only guess at what her US-built sister ship would have looked like, if she had got built.

It has long been the case that American maritime officers, while well paid by world standards, have seen their pay in real terms fall further and further behind. This has frequently been due to draconian and punitive pay cuts simply because the owners could do so. I am thinking of the 1984 rout of the MMP from the U.S. tanker fleet because they would not accept a 40% pay cut. This was followed ten years later in 1994, during a period where the wages had come back but had certainly not reached their previous level were yet again subject to a dramatic slashing of wages, albeit this time it was only a 20% skinning. Again there was no other rationale other than they could do so. In both cases dual unionism played a role.

The reality is that American mariners have never commanded the same respect in the USA that mariners in rest of the world do. Forbes magazine in the late 1930’s referred to American Master Mariners as “…the poorest paid executives in the country.” For a brief period in the 1960’s (Viet-Nam era) up until the end of the 1970’s being a merchant seaman, licensed or unlicensed was a very well compensated job in America. But that has been steadily eroded with a few exceptions, the recent boom in the oil patch (followed by the predictable and inevitable bust), comes to mind. I can cite numerous examples comparing the status of an American mariner versus his foreign counterpart but this one strikes me. I was on a vessel carrying grain to the former Soviet Union in the early 1990’s. We used the services of a Bangledesh company which utilized as the chief expediters on scene, two Bengali Master Mariners (both had British licenses of which they were justifialbly proud) and they happily pointed out that in their country they made far more than a doctor, lawyer, or financier all due to their being Master Mariners. Compare your pay to those same professions in the USA and realize we make a pittance compared to those professions. When I am outside of the USA and tell people I meet what I do for a living the recognition and respect are a far cry from what I find at home.

I have made my way through the world over the last 40 years working in the this industry but living in one of the largest concentrations of maritime activity in the U.S. I am appalled at the lack of awareness or respect for our industry. I can tell you for a fact that a century, or even 50 years ago, where I live, if you were a Ship Master (or Chief Engineer) you were recognized and respected as a professional. No more. No money, no recognition, no respect.

No wonder your navy sucks you steal naval technology from the Russians. I’m noticing a pattern here. This is the same thing you did with all of your OSV and oilfield technology.

Russia said on Tuesday it had detained a Norwegian national on suspicion of espionage amid a spike in tensions between the two neighbours.

The hearing had taken place on December 6th and Berg would remain in custody until at least February 5, she added without providing more details.

Russian media reported that Berg had been detained during a sting operation conducted by Russia’s FSB security agency in Moscow while receiving classified documents concerning the country’s navy.

Citing investigators, media said that Berg had received the documents from a Russian national, Alexei Zhitnyuk, who himself had been earlier arrested for treason.

The Norwegian broadcaster TV2 said that the 62-year-old used to work at the Norwegian Border Commissioner, a government agency that oversees laws and traffic at the border with Russia.

The Norwegian foreign ministry said the suspect’s personal information could not be disclosed “due to rules of confidentiality”.

“He will be provided consular assistance in accordance with our guidelines for imprisoned citizens abroad,” he added.

Norway, a Nato member, and neighbouring Russia normally enjoy good relations but these have grown more tense since the outbreak of the Ukraine crisis in 2014.

Norway announced last year that 330 US Marines were to be stationed on rotation around 1,000 kilometres from the Russian border.

Russia has said those plans would do nothing to make northern Europe safer.

Norwegian intelligence said earlier this year that the country’s foreign ministry, army and other institutions had been targeted in a cyber-attack by a group suspected of having links to Russian authorities.

Our Prime Minister may have a few words with Vladimir Putin to get this wrongly accused Norwegian out of Russia: 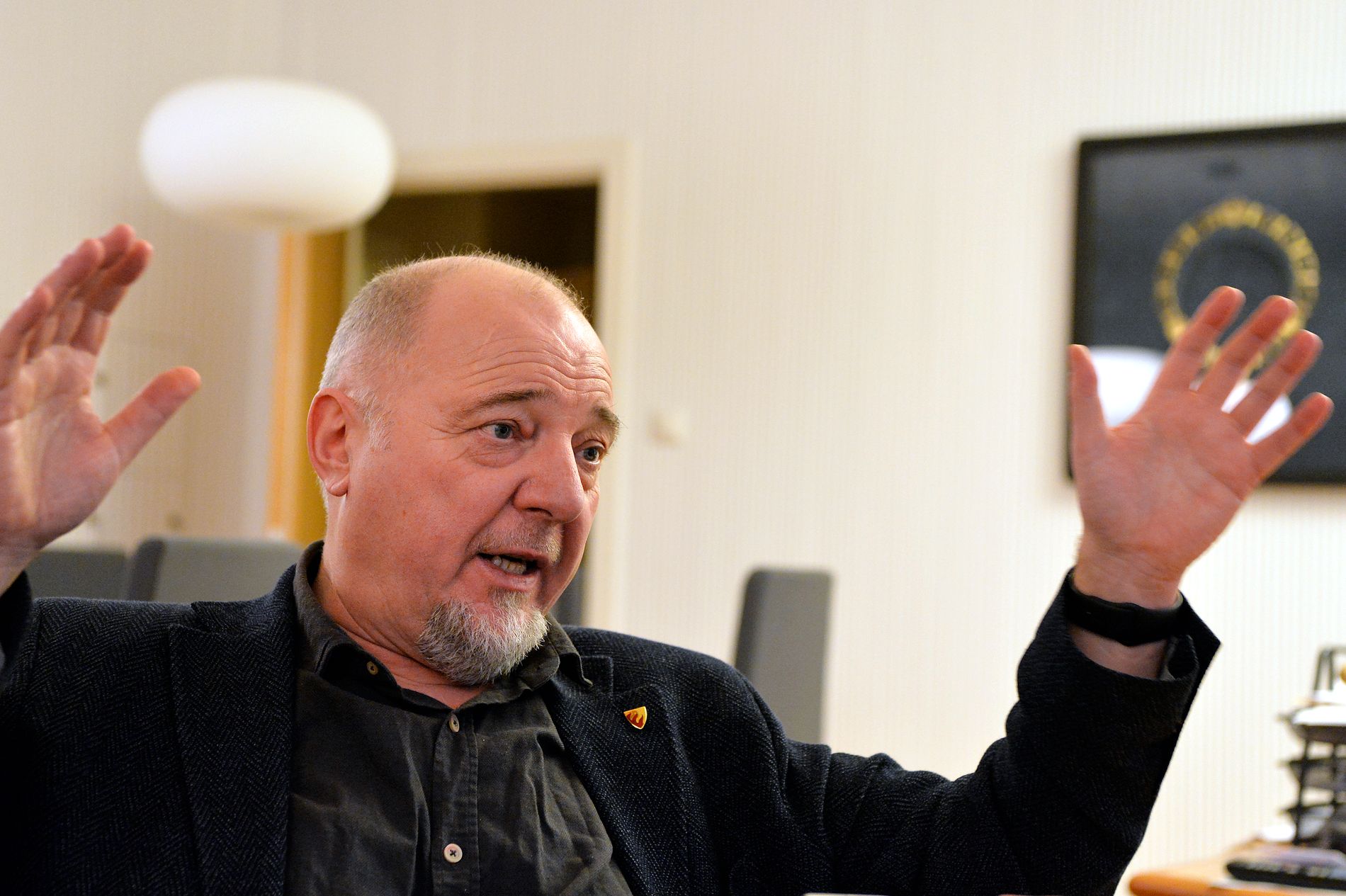 
He is known to fix things, so Mr. Berg may be home before Orthodox X-Mas.
He fixed a job for Trump, didn’t he? So no worries mate!!

Here is the Moscow Times report on the insident:

Berg is suspected of receiving classified documents about the Russian Navy

She looks good in those photos. Certainly better than the new Pasha ships in Hawaii; the Pasha ships like they were built by a junior high school shop class.

Weren’t they built by Halter in Mississippi?

Probably not too far off if so

Damn, that is some impressive looking barges.

He is an honest Norwegian. We don’t do spying for CIA or anybody else.
(At least we don’t get caught)

They are all foreign designed, I believe??

The Harvey boat has Vard painted on the side. I recall hearing that the Hornbeck boats are an STX design. Obviously, the Norwegians knowhow to design shallow draft cost saving vessels for the Gulf.

He is an honest Norwegian. We don’t do spying for CIA or anybody else.

(At least we don’t get caught)

That’s the kind of solid legal argument that a Russian court of law will readily accept and I have no doubt they’ll will set him free before Christmas.

He was a retired border guard and had friendly contact with colleagues in Russia. That is a big no no in today’s Russia, as far as the information I have read, this is just bullshit accusations to pressure Norway.

Another thread in ruins. This is why we can’t have nice things.

and I believe we all know who we can blame for this sad reality…HMMMM?

an agent provocateur in the employ of a certain Scandinavian nation?

a guerilla fighter and saboteur much like his hero, Joachim Rønneberg

Here we have people talking again about things they know nothing of. VARD is STX; same company. These boats were not of a Norwegian design. Not sure what you think shallow draft is but the new Norwegian designed VARD series 1 psv vessel design draft is 20ft which is inline with the U.S. built Tigersharks.

Until 2013 it was controlled by STX Europe, a Korean company.
Originally it consisted of many small Norwegian shipyards put together under one management under the name Aker Yards, which also owned Aker Philadelphia Shipyard.
. (Now Philly Shipyard, owned by AKER ASA, Oslo and listed on the Oslo Stock Exchange.

All the vessels posted by Fraquat were built to AKER/STX/VARD Marine design and since they where built in the US for US customers the North American subsidiary was lead on these contracts.

This is how the Offshore business should be run. It is a worldwide business after all.

I don’t see why it should be seen as an insult, (or a shame?) that many nationalities cooperate to create good vessels, or to operate them safely and efficiently anywhere in the world where they are needed.

Looks like somebody have brushed up on Norwegian War Heroes.
Yes those two and many more did a lot of heroic acts during WWII.

There is a new film coming out about one of them soon; Jan Baalsrud. (Google that one too)

PS> I was not the one bringing in the design of US built vessel, or Norwegian war heroes. If you need anybody to blame for that, go look in the mirror.

PS> I was not the one bringing in the design of US built vessel, or Norwegian war heroes. If you need anybody to blame for that, go look in the mirror.

BULLSHIT! You have SHIT all over US vessels since joining this forum and repeatedly pronounced the superiority of your vaunted Norwegian vessels over and over. How much more capable they are and how much fancier in all respects although you have yet to prove that these flawed American vessels are incapable to doing the jobs required of them.

further SIR, you were the one who first introduced us to the great hero of Alesund somehow failing to mention that is was the industrial might of the USA which armed Norwegian fighting units during WWII as well as every other Allied nation’s forces. Even the USSR relied on the USA to supply them in their bloody struggle to expel Nazis from Russia and then to ultimately defeat them. The USA outproduced all the Allied nations combined in total war production and it was the US Merchant Marine which ended the War with the single largest fleet of ships. We built so many merchant ships that we were able to transfer many through Lend Lease to Nortraship itself!

so you can shit all over us American here but you might want to take a step back to realize that you might very well have been born in a Nazi occupied Norway long after they were expelled because of the USA! But then again maybe you would have liked that…eh, Herr Quisling?