Hey, Spowdiednick. Sure looks like the Ukrainians have “retreated” a good bit towards liberating Kharkhiv, and the Russians are “advancing” backwards. Who says so? The Russians.

…A local Moscow-backed official and pro-Russian military bloggers said Saturday that Kremlin forces had pulled out of Izyum, a staging post for the campaign in Donbas, to avoid being encircled…Russia’s defense ministry confirmed the pullout.

…Igor Girkin, a former Russian intelligence colonel who became a commander of the pro-Russian separatist forces in Donbas in 2014, also confirmed the retreat from Izyum.

“A hasty retreat will inevitably lead to heavy losses by the retreating troops in equipment and munitions and – most sensitive of all – in people,” Girkin said in a Telegram post.

Fantastic and what a change of heart. Suddenly it is revealed to the readers of woke media , that what Ruskie say is not Putin propaganda. First successful action since 2014 and Russian generals have suddenly become trust- worthy source of information quoted by WAPO and Fareed Zakaria.

(By the way I don’t watch any cable or tv news. It’s meth for outrage junkies.)

It is Your choice and I respect it and surely I will not waste my time telling You or trying to convince You otherwise. I do not care what You read and it does not bother me a lot. Time will show who was right so please exercise some patience . Surely USA will fight this war to the last Ukrainian and i would be very happy if You win . 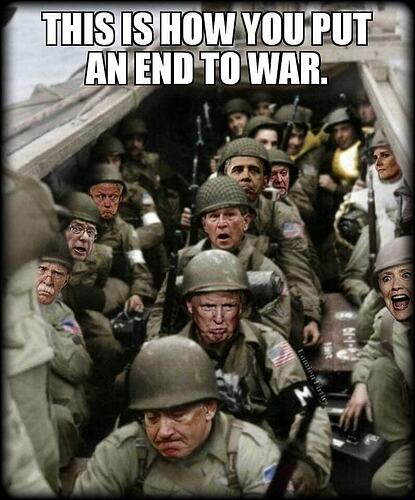 Nice try at deflection. There is only one person on the face of the Earth responsible for the Ukraine War:

The US supported coup in 2014 led to this. The Ukrainians and the Russians are the ones paying for it in blood. We just pay in inflated petrodollars.

You can have a little racism, as a treat. But only Russians. 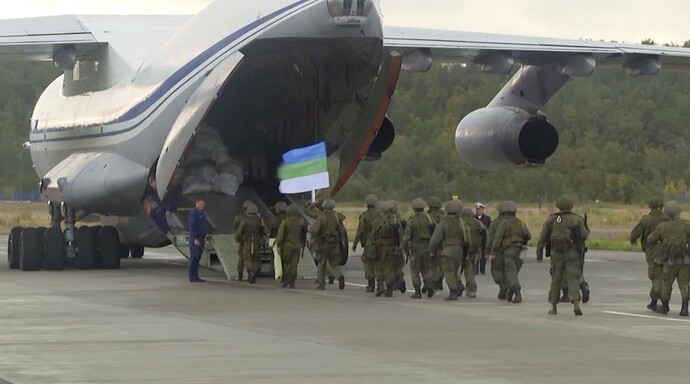 Regional Governor Vladimir Uiba says the warriors from his Komi Republic will be a an important "contribution to great victory." But the group of men that this week was sent to the battlefields in Ukraine did not look victorious.

Never heard of the Komi Republic? You are not alone: 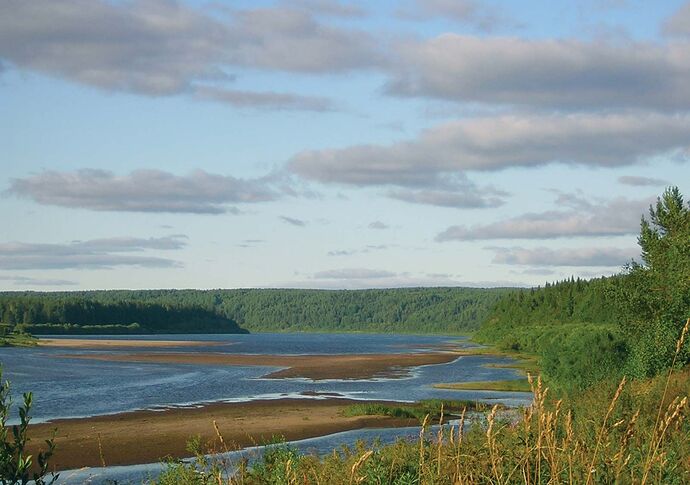 Komi, republic in northwestern Russia. Syktyvkar is the capital. The republic extends from the crest line of the Northern Urals on the east to the Timan Ridge and the upper basins of the Mezen and Vychegda rivers on the west. The republic lies...

Not all Russians are supporting the war in Ukraine: 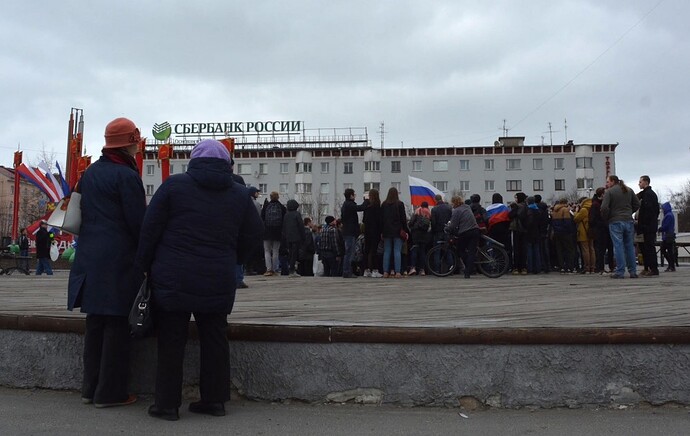 The Russian fight against war

Shortly after Irina Bystrova had posted an anti-war message on her social media page, FSB agents came to her home and detained her. The cultural school teacher from Karelia is one of thousands of Russians arrested and punished for opposition to war.

Guess who is Russia ??

Not all countries support sanctions .

Further reading on latent power seems to be required . Suggestion: 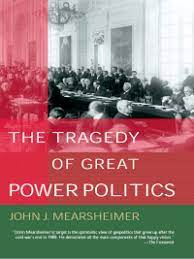 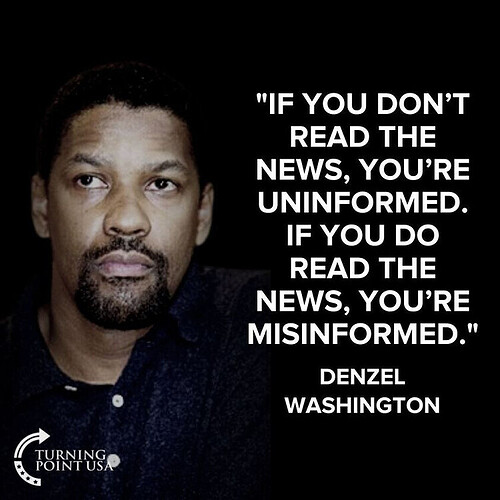 Sure looks like the Ukrainians have “retreated” a good bit towards liberating Kharkhiv, and the Russians are “advancing” backwards.

Who would have thought??? But sure thing it must be Putin’s propaganda.

Norway is profiting embarrassingly from war in Europe | The Economist

BUT WE MUST STAND TOGETHER SO DO AS WE SAY , NOT AS WE DO

Weak response perhaps, but “supported” is a stretch by any definition.

I’m not exactly sure what that means, unless you’re very confused about the events of Euromaidan.

Here is an explenation that may serve to refresh your memory:
https://www.cato.org/commentary/americas-ukraine-hypocrisy

The fact that the main base for the Russian Black Sea Fleet is on Crimea may help to explain both the US’s interest in getting a more friendly (and influenceable) regime in Ukraine and the Russian reaction to the events.

It could be described as if China (or Russia) meddled in local politics in California and succeeded in getting them to declare independence from the US. (incl. the US Navy base in San Diego)

I thought by coup you were talking about Russia annexing Crimea, but if you meant the US backing opposition of Yanukovych and support of Ukraine approving the EU agreement then sure. We obviously have a history of meddling. I thought you meant the US supported Russia, but I see that is not what you meant.

When the new regime in Ukraine applied for NATO and EU membership it was rejected (in both cases): 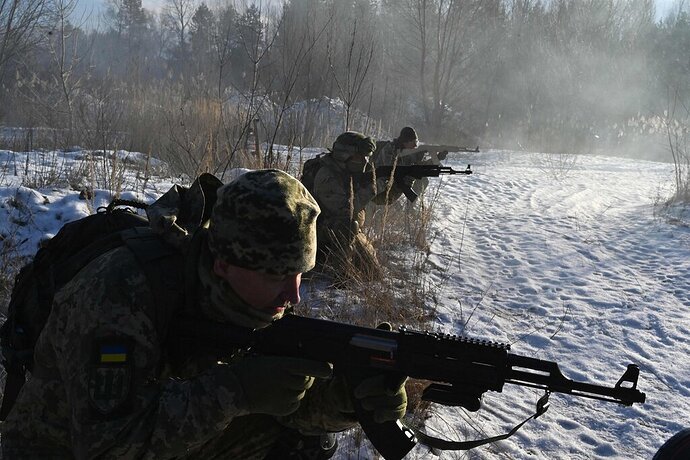 Ukraine has pressed for membership to defend against Russia. But President Biden and European leaders are not ready for that step. 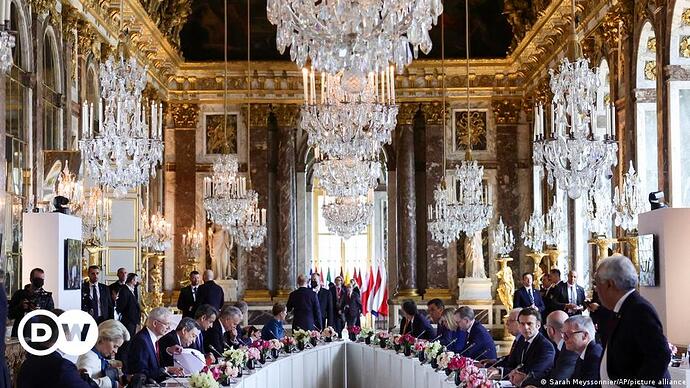 At a top-level summit in Versailles, EU leaders have agreed to give Ukraine another half a billion euros in military aid. But they rejected the idea of fast-tracking Kyiv's EU membership bid.

It took a Russian invasion for Ukraine even to be approved as a EU membership candidate: 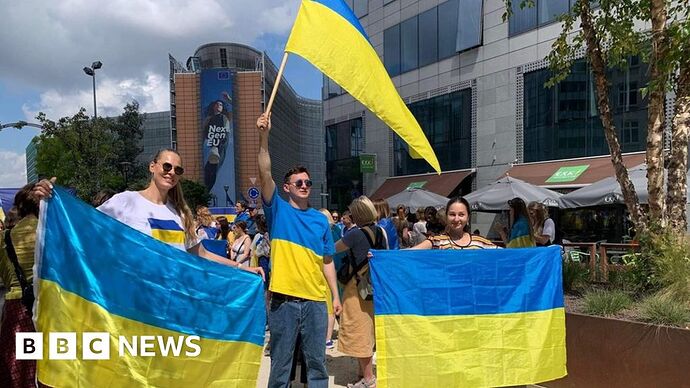 President Zelensky calls it a "unique and historical moment... Ukraine's future is within the EU".

“These guys have been trained for eight years by Special Ops,” said Evelyn Farkas, the top Pentagon official for Ukraine and Russia in the Obama administration. “They’ve been taught about irregular warfare. They’ve been taught by our intelligence operators about deception and psychological operations.”

In my life I have seen enough Putins of this world , one more or less does not make any difference. Because of that a clear and precise location of " evil empire" or “axis of evil” is somewhat challenging. 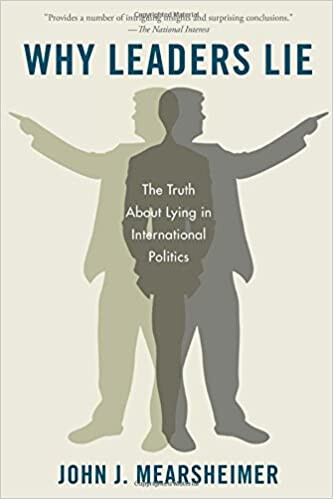 Russia just doesn’t seem to be doing so well at the moment against an army that were mostly civilians 12 months ago. What happens if, and when, they reach a Russian border ?

What happens if, and when, they reach a Russian border ?

In my opinion, they should stop there. We didn’t back in 1941 and that was widely regarded as a bad move.

They ARE at the border and should not provoke by crossing or firing rockets across.
That would only serve as an excuse to declare all out war and mobilization in Russia.