People I would love to meet oneday

Don’t you realize by now that I exist only in myth?..like John Henry (not Brown) with his hammer or Paul Bunyan with his axe.

and of course every myth needs a face and this is the mythical face of C.Captain… 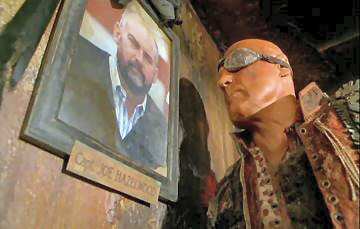 Not a good idea to drink and text;)

I believe John Henry had the hammer, not Brown.

DOH! John Brown was that bloody fool in Harpers Ferry! Thanks…

Do I win another 64K? By the way John Henry was not only the"steel driving man", his namesake was one of the greatest race horses of all time.