For the love of Jack Lord...this one is just too good to not post it here!

all I can say between the howls of uproarious laughter is that I know where I’d like to send the clown! 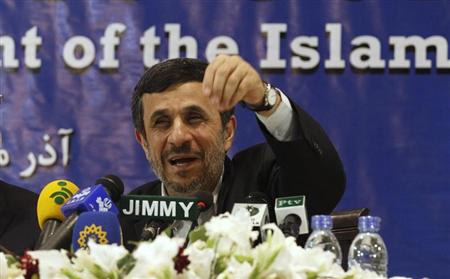 Iran declared last week that it had successfully launched a monkey into space and retrieved it alive, which officials hailed as a major step towards their goal of sending humans into space.

The launch added to Western concerns about Iran’s space program because the same rocket technology could potentially be used to deliver a nuclear warhead on a ballistic missile.

“I am ready to be the first human to be sent to space by Iranian scientists,” Ahmadinejad said on Monday, on the sidelines of an exhibition of space achievements in Tehran, according to the Mehr news agency.

“Sending living things into space is the result of Iranian efforts and the dedication of thousands of Iranian scientists.”

Ahmadinejad is known for provocative public comments and it was unclear whether the suggestion was a serious one.

His second and final term as president ends in June, and his political star has been on the wane since he fell out with parliament early in his second term and appeared to lose the support of Supreme Leader Ayatollah Ali Khamenei.

On Sunday he stood up in parliament to play a tape recording that he said provided evidence of corruption by the family of parliamentary speaker Ali Larijani, his political arch-rival and a likely frontrunner to succeed him as president. Larijani and his brother Fazel denied the accusations.

He’s been a known space cadet for as long as he’s been on the international stage.

I hope he does go up and stays there! 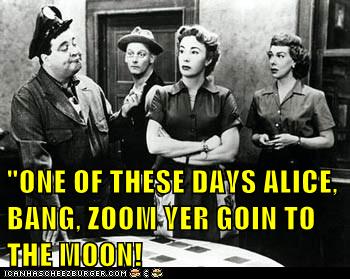 BANG, ZOOM straight to the moon!