Current Hiring in US GOM

And if working at a gas station you get to go home and get yelled at each night by the old lady. So I guess we should also considering being away from home doesn’t warrant any additional pay than a gas station manager???

And this is before we ignore the USCG 3rd AE unlimited license that requires a minimum of 4 years of life to obtain, and often a lot of $$$ and bullshit.

But yeah, I’m still trying to understand the point of you counter-point of why a 3rd AE job should pay less than a Buc-ee’s gas station manager. Let me go back and re-read what you said…/sarcasm

I’m still trying to understand the point of you counter-point of why a 3rd AE job should pay less than a Buc-ee’s gas station manager.

My point is that it doesn’t pay less.

My point is that it doesn’t pay less.

I’m sorry, I missed the common core math class that says 31>34. We are comparing pay in one’s pocket for each hour one gives his body to his employer.

Saying somebody makes more money a month because they worked a shit-ton more hours is some kind of boomer logic that’s gotten us all into this mess.

I missed the common core math class that says 31>34.

You are all witnessing the maritime profession turning into gig work. Uber for engineers mates etc. No health insurance, no retirement plan Advantage? The temp egency. Do they even contribute to FICA and Medicare?. If not you’re truly fucked unless you’re paid at least 40 percent over normal pay

If a gas station manager chose to work the same amount of hours as the guy on the ship does, who would make moar?!

Except we’re looking at realistic money-in-pocket not fantasy land numbers. The gas station wouldn’t let the manager work that much overtime, if any at all.

Yes, there’s a reason drilling companies are hurting for 3AEs right now. Tug boats and especially OSVs are seriously outpaying them. A 3AE can get $800 a day on supply boats fresh out of school and that’s almost what a DPO makes on a drill ship, which requires significantly more experience.

If I was a 3rd AE, fresh out of school, I wouldn’t take less than 550 a day these days, and that’s a stretch. Like everyone has said, the ‘average’ assistant engineer bar has been raised a bit. Generally speaking their going rates are higher than mates…but I guess it’s always been that way.

Everybody likes to repeat this, but it’s unlikely $1000 per day is happening for a 3ae. And to even get into the 800 range is highly dependent on overtime pay. That 600-800 figure must include vacation in the calculation (usually 27/30 for of base pay)

Take away the overtime and only have 40hr base pay +16 hours for sat/sun and the union numbers are not so rosy. In fact, an 8 hour workday, which was very common in the heyday of boomerlife during watchstanding world, would be absolutely pathetic.

Unmanned engine rooms didn’t make life better for engineers. Engineers now work many more hours of much more physical work (diesel engines eat parts) with less help (1 or 2 unlicensed in ER) for lower pay than our predecessor 30-40 years ago did. I love hearing the stories of boomers doing their first trip out of academy and buying a house cash. 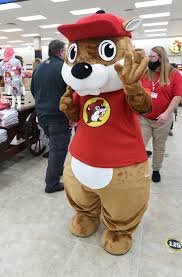 If there are some 3AE’s with experience and ability to fix stuff, that would like to work on tugs in the spring for $700ish, I’d like to hear from them.

My numbers above were cash in pocket. It didn’t include the pension, amazing health insurance, training, etc.

I heard a temp 3ae job on drillship in the gulf was paying ~$31 an hour.

Also keep in mind that that’s your pay for a temp job from an agency, not what drilling companies pay their permanent employees.

Example, DPO pay from Prime Ocean is about $150 a day less than what working directly for the drilling company would pay.

And to even get into the 800 range is highly dependent on overtime pay.

Depends on the company, but we have several boats that pay $800+ for 3AE’s. No OT though.

Depends on the company, but we have several boats that pay $800+ for 3AE’s. No OT though.